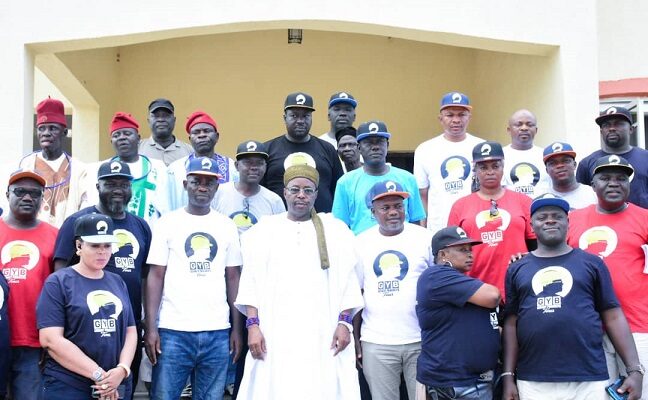 A traditional ruler, the Eje of Ofu, HRM, Alhaji A’ku Obaje, on Thursday commended Governor Yahaya Bello (GYB) of Kogi for rehabilitating and upgrading the ancient Idah Zonal Hospital, abandoned for about 100 years by successive administrations.

Obaje made the commendation when the Forum of Special Advisers to GYB paid a courtesy visit to the paramount ruler in Ofu, in continuation of ”GYB Legacy Projects’ Tour” to the eastern senatorial district of the state.

The News Agency of Nigeria (NAN) reports that the forum had recently inspected some executed and ongoing projects across Kogi Central, and Kabba in Kogi West, aimed at projecting the governor’s unprecedented achievements in infrastructures to the world.

Obaje, who is the Chairman Traditional Council of Ofu Local Government Area, eulogised the governor for executing legacy projects in the zone, saying ”I was born in 1960 and never has any governor developed Igalaland like Yahaya Bello”.

The traditional ruler noted that the Idah Zonal Hospital was established around 1920 and had since been abandoned by successive Governors until the coming on board of GYB.

According to him, the hospital suffered neglect for almost hundred years but the intervention of GYB on the rehabilitation and upgrade has rekindled the hope of the people.

He stressed that the governor had made health care facility of that magnitude available to the people of Igalaland.

The royal father also commended GYB for rehabilitating the 56km Idah-Ajaka-Ugwolawo-Umomi-Ejule-Ofakaga-Ayingba Junction road, saying he had succeeded where his predecessors failed on road constructions and rehabilitations.

He said that the road rehabilitation had opened up business activities in four local government areas of the zone that had been dead for decades due to the deplorable state of the road.

He further thanked the governor for building a palace for the traditional institution of Ofu LGA saying that they never had a central palace until his intervention.

He added: ”I am proud to be the first traditional ruler to make use of the palace”.

Obaje further said that the ”Operation Light Up Kogi East Project” introduced and executed by GYB in providing power infrastructure to the zone, had given many villages in Igalaland and increased electricity supply from the incessant three to more than six hours daily.

”Let the Governor come and commission electricity, roads, hospitals and palaces built in Igalaland. He has achieved so much in Igalaland in the last six years..

”The governor should not only build giant infrastructures but he should come down and commission them”, Obaje said.

Earlier, the Special Adviser to the Governor on Local Government and Chieftaincy Matters and son of the soil, Hon. Onogwu Patrick, described GYB as a detribalised leader whose developmental strides cut accross the entire 21 LGAs of the state.

Patrick enjoined the people of the zone to pray for GYB to become the next President of Nigeria for the security, infrastructural and economic development of Nigeria.

The forum thereafter took a tour to the upgraded Idah Zonal hospital, where they were received by the Chief Medical Director (CMD), Dr Monday Audu, who commended the forum for the tour.

Audu noted that the current level of upgrade in the ancient hospital was the kind he had never witnessed since he began practicing as a medical practitioner.

He appreciated the governor for being mindful of the health of the people of Kogi east which informed the upgrade of the once abandoned medical facility for many decades.

Audu added that the upgrade had provided greater access to good medicare for the people of Ibaji, Idah, Igalamela/Odolu and Ofu Local Government Areas, adding that the hospital had started receiving upsurge of patients more than ever.

The Special Adviser on Health Matters, Pharm. Clement Hamidu, said Kogi Government upgraded the hospital with intention to guarantee quality healthcare facility and professionals that would prioritise the wellness and health of the people especially at the grassroots.

Earlier, the Chairman of Idah Local government, Hon. Abuh Odoma, commended the forum for counting it worthy to visit each local government to monitor GYB legacy projects and reporting same to the public,

Odoma expressed joy that such a gigantic hospital upgrade was happening during his tenure as Chairman and thanked the governor for making him a proud Chairman with legacy projects to show his people.

The chairman said that security challenges had been resolved in the local government such that residents could now sleep without fear of attack or kidnap, and assured the forum of their safety during the tour in the area.