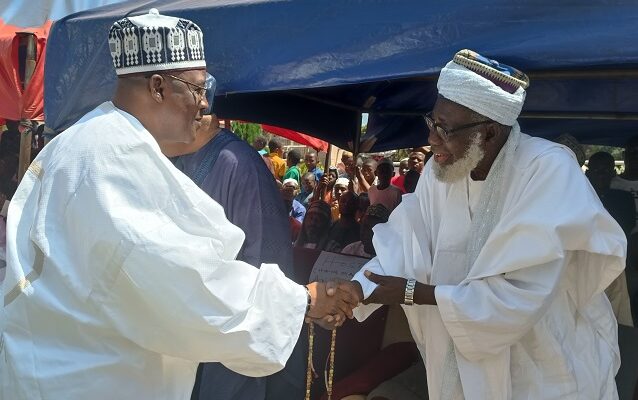 The Chairman of the House of Representatives Committee on Steel Development and Member Representing Ankpa, Omala and Olamaboro Federal Constituency, Hon. Abdullahi Ibrahim Ali Halims has spent the sum of two million Naira while attending the 2022 edition of the Kogi State Qur’anic competition hosted by Ankpa Local Government Area.

The Federal Lawmaker in his address described the learning and recitation of the glorious Qur’an as a sacred injunction on every Muslim noting that Islam is the bedrock of every education. To justify his claim, He made reference to the first ever revelation to the holy Prophet Muhammad ﷺ as being “iqra, bismi Rabuka,” — to read in the name of his Lord.

The guest lecturer, Alhaji Muhammed Mansur Iman, spoke on the topic: “the significance of reciting and learning the holy Qur’an”. In his lecture, He urged Muslim parents and guardians to always encourage their wards to study Islamic knowledge alongside with their western education as He strongly condemned parents who have laxity in raising their children in the way of Islam.

Earlier in his opening remarks, Chairman of the occasion, Hon. Justice Hussain Baba who was ably represented by Dr Hon. Justice S. A. Olorunfemi(Rtd) commended the organisers of the event for the job well done and also used the medium to appeal to Muslim all over the world to always be proactive in every effort that will advance the growth and positive image of Islam.

Several prices ranging from cash, electric fans, televisions, deep freezers, sewing machines, motorcycles and other consolation prizes were given to overall winners and contestants of the different categories of the competition.

Highlight of the event was a royal decoration of the overall winner, Mualim Usman Saed Jeigo from Kogi Koton Karfe Local Government Area by the Onu Ankpa and Royal father of the day, HRH. Alhaji Abdulmalik Umar.