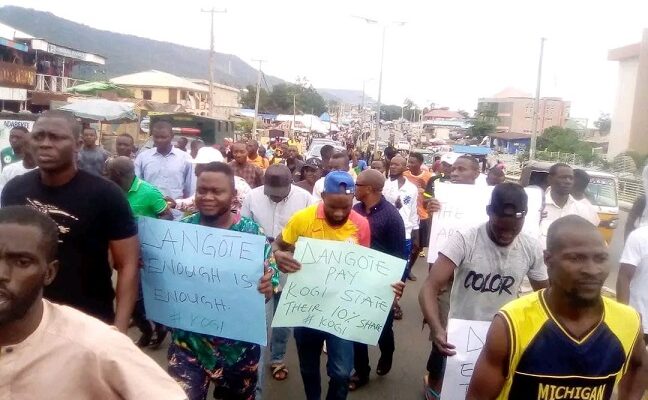 The face-off between the Kogi state government and Dangote Group over ownership of cement plant in Obajana has resulted in an unusual uprising in the state.

The protests spread to Lokoja local government, the state capital, Ogori, and other areas yesterday, with citizens declaring their support for their Governor, Yahaya Bello.

Students were left out in the uproar. The National Association of Kogi State Students has threatened to seek international justice for the state.

As the protests gain traction, Dangote trailers are reportedly being barred from entering the state, with the youths threatening to shut down any Dangote Group activity in the state.

Meanwhile, Dangote Group has maintained that the Obajana cement plant, which was originally established by the state government, does not belong to Kogi.