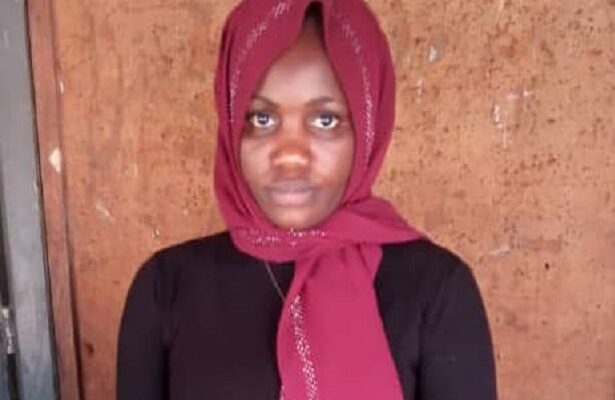 Unless Kogi state government, corporate organisations and individuals come to the aid of Miss Mariam Yakubu, an MBBS graduate, she may miss her induction into the Medical Profession owing to her inability to pay the mandatory induction fee of Four Hundred Thousand Naira before or on 26/10/2022.

Miss Mariam Yakubu, the sixth child of the eight children of her parents, said all was well with her academic and that of her siblings until the unexpected happened to the parents.

Mariam, a medical graduate of the University of Nigeria Nsukka (UNN), said, although not from a rich family background, but her parents, who were both civil servants were able to meet her and siblings academic needs.

According to her, things took a downward trend for the family when the house the parents have laboured through out their productive years to build was gutted by a mysterious fire that have rendered them homeless.

Mariam speaking further said, the simultaneous retirement of her parents which would have been a blessing in disguise to her, as the needed amount wouldn’t have posed a threat to the cumulative entitlements of the parents.

She bemoaned the introduction of contributory pension scheme, which operation has made the parents to wallow in penury.

She added that since the day her parents retired, their monthly pensions and gratuity have not been paid, forcing them to spawn everywhere for assistance for no avail.

She called on the state Governor, Alhaji Yahaya Bello, whom she described as the father of the orphans, to come to her aid to offset the bill before or on the 26th October, 2022 to bring alive her academic pursuits.