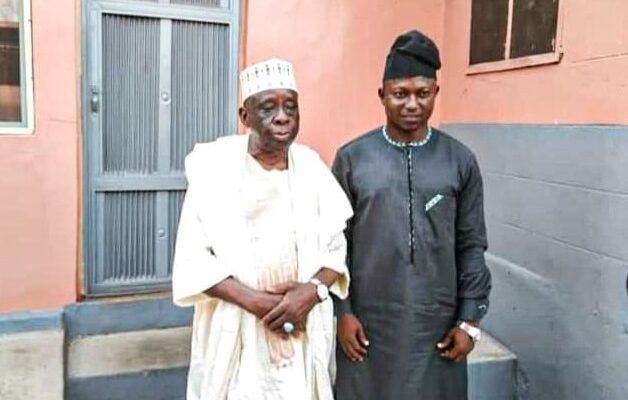 ‘I Had a Father-Son Relationship With Maigari of Lokoja’, Kogi Poly Rector Mourns Monarch’s Demise

In a statement personally signed by the Rector and made available to newsmen in Lokoja on Thursday, Dr. Salisu said what he had with the late monarch was “a father-son relationship built on his infectious sense of humor, unconditional love, tremendous sense of responsibility and a strong devotion to the growth and proper guidance of the young and vulnerable.”

Dr. Salisu said the late monarch was indeed an embodiment of the core values of excellence, hard work and integrity, which the people of Lokoja in particular and Kogi State in general, are known for.

“I also commiserate with all Cabinet Chiefs of Lokoja Local Government and members of the immediate family of our departed monarch on the painful and shocking loss.

“The passage of the Matriarch is a huge blow not just to his immediate family and domain, but also to us at Kogi State Polytechnic, Lokoja. Our loss is rooted in his ceaseless counsel, uncommon peace building initiative, exemplary devotion to ethics and moral values and invaluable fatherly support. These, we will sorely miss.

“While we grief over the huge loss, we will continue to take solace in the fact that he lived an exemplary and inspiring life which will guide us in both our official and private conduct,” he said.

Spread the love
Tweet
Previous PostRep. Halims Commiserate With Victims and People of Ankpa Over Unfortunate Accident Next Post'His Wisdom Will be Missed' - NNPP Candidate Mourns Maigari of Lokoja's Demise