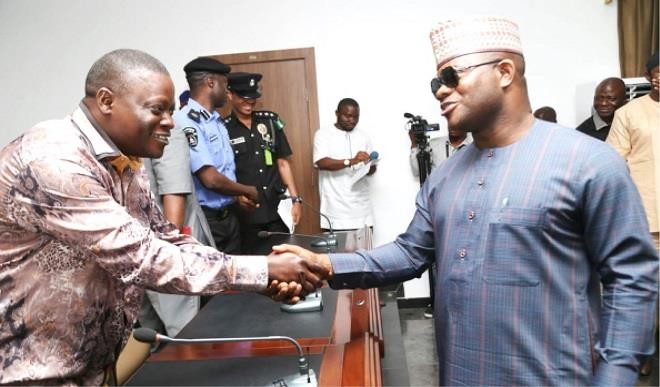 Addressing journalists on Friday evening, Comrade Edoka who just returned to the state from a trip said the gesture of Governor Bello to put smiles on workers during this festive period shows that he is workers friendly Governor who means well for his people.

Edoka noted that workers will use the salaries to enjoy this festive period with their families.

Explaining further, Edoka said “there are many States across the federation that are owing their workers’ salaries. We must give kudos to Governor Bello for making Kogi State workers smile during this Sallah. Our prayers are that Almighty Allah will continue to protect him and give him the wisdom to always put smiles in the faces of workers who have contributed immensely towards the development of Kogi State since it was created in 1991.

He also appreciated the Governor for increasing the percentage of Workers’ salaries at the Local Government level stressing that, the increment should be sustained subsequently.

“We are hoping that the salaries will be increased subsequently to better the lives of grassroots workers. Labour is aware of the bad economic situation of the Country. But we are optimistic that Governor Bello will do better by taking a step further to increase Local Government Salaries again and again.”

He, however, admonished workers in Kogi State to reflect on the Eid –El-Kabir lessons by putting in their best for the service of the state.

Edoka equally thanked the Governor for his laudable project which he is inspecting in the state stressing that, all the projects reflects good governance in the confluence state.

When asked about the alleged planned N1000 deduction of workers’ salaries to fund labour house, since he was not on ground when the news broke out, Edoka declined comment.

The Kogi labour leader however said “all the affiliates that take decision of the various organ have already reacted to the matter. There is no need for me to speak on the issue again. The union will not stop doing what is going to better the life of the image of the union in the state. Whatever comment anybody has made does not stop the union from doing what is good to better the image of labour the state”.