Home News ‘Count Me Out of Your Lies’, Zakari Fires Back at Ikani Okolo Over Alleged Zoning Agreement on 2023 Kogi Gov’ship 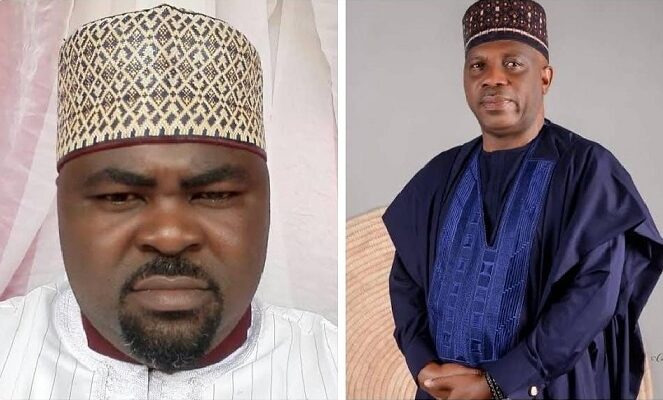 ‘Count Me Out of Your Lies’, Zakari Fires Back at Ikani Okolo Over Alleged Zoning Agreement on 2023 Kogi Gov’ship

A former house of representatives member who represented Dekina/Bassa federal constituency, Hon Tom Zakari, has distanced himself from a video in circulation where another former rep member, Benjamin Ikani Okolo alleged that the Kogi East stakeholders of Peoples Democratic Party (PDP) agreed to zone the next governorship slot to the Western axis of the state.

According to Zakari, the statement is unfounded and should be discredited by well-meaning individuals in the state.

Hon Tom Zakari, while reacting to the video where he was mentioned as a partaker of the meeting and resolution, said “I didn’t reach any agreement with anyone to zone Governorship slot to Kogi West”.

Speaking further, the PDP stakeholder confirmed that the people of Kogi West only came on a consultative visit to all former lawmakers in the state on the need for power rotation to their zone.

“We only wish them well and there’s no agreement whatsoever after the end of the meeting.

“I was present at the meeting, Senator Attai Aidoko was there, even Ben Okolo was also there. We didn’t reach any agreement with the people of Kogi West and I think the proponent of the false information making round should be ashamed of misleading members of the public.

“At the moment, we’re working on securing victories for our candidates at all levels in the next election in Nigeria, it’s early to allow this kind of confusion at the forefront of our collective struggle.”