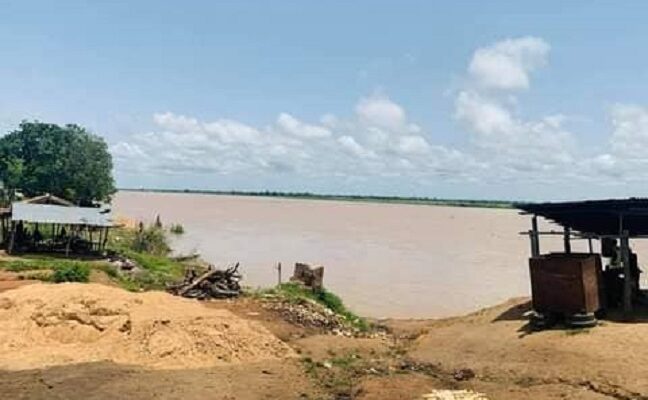 No fewer than four persons were, in the late hours of Tuesday night, August 30, 2021, allegedly killed and few others injured by unknown gunmen that attacked Bagana community in Omala Local Government Area of Kogi state.

A local who survived the attack by the whiskers the staccato of gunshots and spoke under conditions of anonymity told this reporter that the gunmen invaded the provisions shop belonging to Musa Salifu, Onu Otutubatu son, located in the heart of the village and opened fire killing four persons on the spot.

It was gathered from a very reliable source in Bagana that on 12th May 2021 an attempt was made to snuff life out of Musa Salifu but he escaped unhurt but two of the suspected assailants were arrested and taken to Lokoja where they were being interrogated.

However, the two suspects out of four persons that were earlier alleged of complicity in the attack on Musa, were released barely two weeks before the August 30 mayhem in the serene community of Bagana.

Findings by this reporter in the first soil, Otutubatu, that first Attah Igala matched before the discovery of Idah revealed that the contenders of the ownership of Bagana with Onu Otutubatu, Salifu Anyebe are Ihiankpe clan and Ojogba of Ife, but evidence have shown in all attempt at the court of comptent jurisdiction, it had been proved beyond all reasonable doubts that Onu Salifu Anyebe is the rightful owner of Bagana.

The two clans have been on each other jugular in an attempt to control the economic lives of the village using mercenaries to unleash terror on the village.

In an attempt to control the carnage, the immediate past governor, Captain Idris Wada had severally summoned the chiefs to Lokoja, and warned them to maintain peace, but unfortunately, the warning fell on deaf ears.

The Governor had stationed a detachment of soldiers and mobile policemen to maintain peace, but they too became the casualty as the soldiers lost two of their men and four policemen to the Ak-47 wielding militiamen.

A community leader, Alhaji Abdullahii Umar, while speaking to this reporter on phone, urged Governor Yahaya Bello to establish a Naval post and a police post in the village, saying the location of the village on the Bank of River Benue has made it vulnerable to all kinds of criminals.

He lamented that the chiefs who were not indigenes of Bagana and whose forefathers had never been a chief in the town would from nowhere seized the town using militias to whip everybody to order.

It was gathered that there has been series of provocative intentions on the Onu Otutubatu, Salifu Anyebe, years back by those who are contending with him over the ownership of Bagana to label him a trouble shooter, he has maintained a peaceful ground to allow peace reign.

Further findings revealed that it is a gang up against Onu Otutubatu to deprive him of stepping on parts of his area of jurisdiction. While other traditional rulers enjoy such leverages of staying in places of jurisdiction, it is considered an aberration for HRH Salifu Anyebe to stay outside Omagede.

The traditional of Onu Ife (Ojogba) is Igah, however he rules from Abejukolo which is within his area of his traditional jurisdiction.

Similarly, Onu Icheke resides in Abejukolo and oversees his empire at Icheke without ill feeling and Onu Otutubatu who choose to stay in Bagana has been seen as an aberration.

Meanwhile, the paramount ruler of Omala Local Government Area, Onuh Ife (Ojogba), HRH Boniface Musa has called for calm, condemning the killings and urged the chairman of the council, Hon. Ibrahim Aboh and Governor Yahaya Bello to call a spade a spade.

The paramount ruler explained that as part of the peace effort, the Ministry of Local Government and Chieftaincy Affairs had summoned all the chiefs from the LGA to Lokoja, the capital and gave a stern directive to the chiefs of Otutubatu Alhaji Salifu Anyebe and Ihankpe’s representative to relocate back.

Bagana, a riverine community with a population of about 10,000 inhabitants had played host to John Holt conglomerate during the colonial era. It has a thriving commodity market where the trade by barter model of exchange is still practised. The former president Olusegun Obasanjo in May 2007, two weeks to the expiration of his tenure signed an agreement with Global Tolls, the first in bridge construction in Nigeria to construct a bridge from Bagana to Guto across the River Benue leading to the FCT through public-private partnership PPP.

Until the court judgment on ownership of Bagana is interpreted and rightful owner of Bagana is identified and duly recognised by the authority the peace and development being sought in that community will remain elusive.