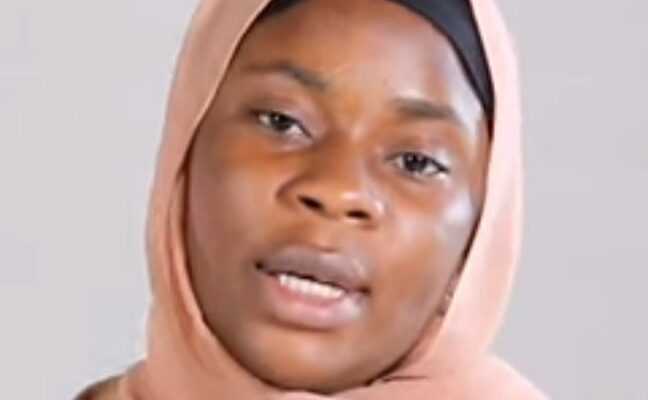 The Department of State Services has warned a woman who identified herself as the wife of one Shafiu Ibrahim to desist from misleading the public with fake news, hate speech, misleading narratives, and other instruments of disinformation against the Service to curry unnecessary public sympathy.

The woman, Aisha Oyiza Shafiu, in a viral video, had claimed that her husband, who was linked to terrorism, was abducted by people who identified themselves as operatives of the DSS, alleging that the Kogi State Government, particularly the Governor of the state and his Chief of Staff, were behind his ordeal.

She had also claimed that despite being pregnant, the DSS personnel that broke into their house assaulted her and others on the said day.

Reacting to the allegations in a statement on Thursday, the Spokesperson for the Service, Peter Afunanya, said Aisha was either deliberately lying or playing to the gallery.

The DSS said, “She is either playing to the gallery or deliberately lying. It is not to my knowledge that she was denied access at the Agency’s gate. The DSS does not deny anyone access to its facility or suspects once the criteria for such access are met.

“There are processes/procedures in this regard. It is also very unfortunate that the lady is dragging the Service into the Kogi State local politics. She knows very well that the husband was not picked as a result of Kogi politics as she has desperately tried to link us with or make the public believe.

“Encourage her to desist from using fake news, hate speech, hostile activism, misleading narratives, and other instruments of disinformation against the Service or to curry unnecessary public sympathy.

“She knows her husband and the circumstances of his arrest which was procedurally done. And he was not the only person so arrested at the time he was.

“She should, please, stop the sensations and the mischief to drag us into Kogi politics.”

Spread the love
Tweet
Previous PostN5bn Lawsuit: Natasha Mocks Kogi Govt for  Outright Denial of Linking Her to a Terror Suspect, Calling for Her Arrest  Next Post2023: Tinubu a Hero of Our Democracy, Ready for the Job - Ronke Bello