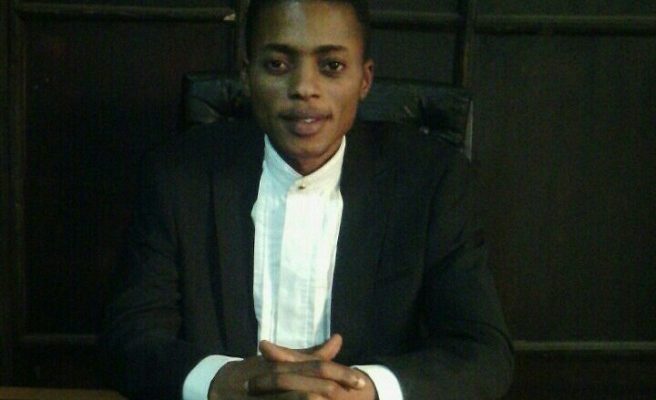 President Buhari’s Infamous Letter to the King of Jordan by S.O. Akobe Esq.

Few days ago, I was going through newspaper headlines (online) and all of a sudden, I saw a particular headline on a letter written by the current diaspora-based Nigerian President, Muhammed Buhari to King Abdullah ll Bin Al-Hussein, King of the Hashemite Kingdom of Jordan, following the resolution of a recent rift in the royal family. In the said letter personally signed by him, President Buhari said he felt much disturbed when he heard reports of the problem but felt reassured when he learnt that everything had amicably been resolved.

President Buhari’s letter reads in part: “While here in London taking a short rest, I was profoundly disturbed to read from international news agencies of attempts to destabilise the Hashemite Kingdom of Jordan…Your exemplary leadership since ascending the throne has attracted worldwide admiration. Relations between Nigeria and Jordan have been excellent and I thank you for the part you have played in this relationship…Your Majesty, I am much heartened that matters have now been resolved and I pray that the Hashemite Kingdom continues to not only remain peaceful, but also a major beacon of hope for the region under Your Majesty’s wise guidance.”

*The “Problem” in Jordan that Profoundly Disturbed President Buhari*

There was a minor  squabble in the royal family between the current King of Jordan – Abdullah and his half-brother, Prince Hamza. Both have the same father – Hussein but different mothers. The Jordanian King accused Prince Hamza of being involved in a “malicious plot” against the Kingdom of Jordan with foreign support. According to the King, Prince Hamza was plotting to destabilize the Kingdom of Jordan. Following this development, Prince Hamza was allegedly placed on “house arrest” and his phone lines were cut off. Many other persons suspected to be privy to the said plot were also arrested and detained. There was tension in Jordan until Prince Hamza few days ago, issued a statement (which he personally signed) wherein he pledged his loyalty to the reigning King of Jordan, King Abdulah. In the said statement, Prince Hamza stated that he had decided to place “Jordan’s interest, constitution and laws over above all other considerations”, and would therefore remain loyal to the regime of King Abdullah. King Abdullah welcomed Prince Hamza’s professed loyalty with open heart and in a statement subsequently issued by him, he stated that, “Hamza is now with his family in his palace under my care”. The implication therefore, is that the looming crisis erupting from the royal family of the King of Jordan has now been resolved amicably and no single life was lost and neither was anyone injured during this minor family crisis!

After reading the content of President Buhari’s letter to the King of Jordan, I wept for Nigeria, my country. First, President Buhari described his current tour to London “as short rest”. And I asked myself: So, Buhari is actually taking a short rest in another country when the country he leads, nay, rules is crumbling under his watch? Again, so President Buhari knows that he was going to take rest in London yet he decided not to transmit power to the Vice President, Prof. Yomi Osinbanjo? Well, the Presidency excluding the Vice President, had told Nigerians that the President can rule from any part of the world!  What a tragedy!

Sadly, While PMB is still having his short rest in London, hundreds and thousands of Nigerians are being displaced and killed by terrorists in the North-eastern Nigeria and many others including school children are being abducted by bandits. While PMB is still having short rest in London, there was jail break in Imo State, Southeastern Nigeria, wherein about 1, 884 inmates escaped from the Correctional Center. While PMB’s short rest in London continues, Resident Doctors, JUSUN, ASUP are all on strike, thereby grounding all activities in the health sector, judicial system and education sector respectviely of the country. As Resident Doctors are on strike, many lives have been lost in Nigeria. As the JUSUN is on strike, many rights and liberties have been violated without redress. As for the ASUP strike, many students’ destinies are being delayed and some may even die by accident while traveling home because of the strike. Yet, none of these big problems gives PMB “profound” disturbance to warrant his positive intervention that would solve the Nigerian “problem” amicably the same way the Jordanian King solved the “problem” of his own Kingdom before PMB wrote to him.

Shortly after reading PMB’s letter to the Jordan King, yours sincerely lunched a search on the internet to see if the Jordanian King has ever written to the Nigerian President over numerous challenges and crisis we have been facing as a nation, but found none. Despite all the killings and abductions in the Northeast, King Abdullah has never authored a single line-letter to Nigeria or it’s President as a signage of solidarity of his own country or kingdom. Just recently, a fighter jet, NAF 475 with two flight officers onboard got missing. Boko Haram insurgents publicly claimed responsibility, though arguably. Only one of the officers’ bodies was found; the body of the second officer on board is yet to be traced. King Abdullah never expressed any word of concern to Nigeria and Nigerians at all in relation to this tragedy. When innocent protesters were shot at Lekki Toll gate during the recent EndSARS protest, King Abdullah did not show concern let alone expressing any to Nigeria and it’s President. The sad commentary here is that while PMB, the Nigerian President is profoundly disturbed by minor misunderstanding in the royal family of the King of Jordan, his Jordanian counterpart is not bothered at all by the killings and abductions that take place in Nigeria everyday at the behest of terrorists, bandits and herdsmen under PMB’s watch.

Painfully, while PMB short rest counts on, the Country he proclaims to lead, burns. Insecurity is on the increase. Cost of living soars harshly. The economy is in shambles at it crumbles everyday. The courts, hospitals and Polytechnics are under lock and key as a result of industrial actions. At the moment as ever since PMB’s administration, everything is just bad for the Country, yet our foreign-based President is not disturbed at all but can be “profoundly disturbed” by little issues such as family misunderstanding happening in another nation of a different continent. During the Lekki Toll Gate shooting of the EndSARS protesters, PMB did not feel disturbed to make mention of the unfortunate incident in his Presidential address that time yet, the Nigerian President could boldly (and of course, shamelessly) express how profound he was disturbed over a minor family affair affecting the King of Jordan. Oh, Nigeria and Nigerians, what a President you have!.

PMB and his aids or handlers would think that writing to the Jordanian King was a noble course but they failed to realize that the tragedies that have befallen Nigeria under PMB’s watch clearly showcase the folly of writing the said letter as an infamous course. The crop of Presidential aids surrounding PMB are the worst of its kind in the history of this nation called Nigeria. Currently, we have a President who doesn’t trust the Vice President! We have the Presidency which does not cover the office of the Vice President. All these happen as a result of the manipulations of the so called Presidential aids, and of course, with the conscious approval of the President. Some aids and Ministers in the Presidency have constituted themselves into a “Presidential Squad” with a special mandate of ensuring that the light of the Vice President does not shine in the Presidential arena. The same set of presidential conspirators and others unseen, have also been doing their best to shut the wife of the President out of the scheme of things in the Aso Rock Villa.

The truth as we have it is that we have a Presidency that does things “un-Presidentially”. Without mincing words, I do not hasitate to conclude that having regard to the prevailing ugly situations in Nigeria, the letter written to the King of Jordan by PMB is indeed, infamous and un-Presidential. Unfortunately, his guilty aids failed to advise him properly in this wise! Well, two years is far but near, and there is no guarantee of the end. Only the wise can understand what I mean!