Pension and Gratuity: Pensioners Lauds Wada For Offsetting The Backlog

Pensioners in Kogi have commended the governor of Kogi state, Capt. Idris Wada, for keeping to his campaign promises to be pensioners friendly and called for the sustenance of the prompt payment of their pension and gratuity.

The pensioners commendations came after they received payment of their one year arrears and gratuity owed some pensioners under the Bureau of Local Government Pensions.

Musa Yahaya Omoyi, Acting Chairman of the Bureau, made the appeal when handing over cheques to some pensioners under the Bureau.

The money paid the pensioners include a year’s arrears of their gratuity and the November Monthly pension for this year came as a surprise to the pensioners who lauded the passion displayed by the State Governor in offsetting the backlog.

Mallam Musa Yahaya Omoyi, commended the efforts of the State Governor, described it as noble.

Similarly, the Director Administration and Finance, Mrs. Hanah Ujah said the present administration aside making the welfare of the pensioners under the Bureau a priority, listened to the pensioners plea for the payment of their outstanding gratuity arrears, commended Capt. Idris Wada, for keeping to his campaign promises to be pensioners friendly.

While urging the pensioners under the Bureau of continuous government concern to their plight, she solicited for more patient from them as efforts is currently on to defray whatever is due to those yet unpaid.

In their separate remarks, some retires, Abayomi Ampitan Ariyo, Ofe Babalola, Chief S. M. Onuwe and Samuel Omachonu, said the concern shown by the State Government in defraying their arrears and promptly paying their gratuity is most timely and commendable, praised the current Managers of the Bureau for creating a cordial relationship
between the pensioners and the State Government.

Spread the love
Tweet
Previous PostChristmas: Awoniyi Charges Nigerians To Eschew Bitterness, Love One Another Next PostAudu Seeks 100 Million Naira Damages for the Unlawful, Illegal, Wrongful and Unconstitutional Invasion of His Privacy by EFCC 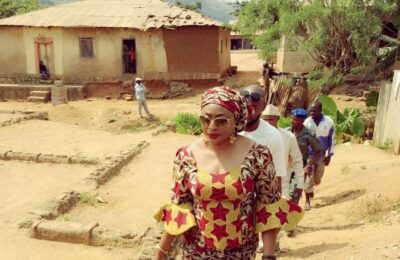