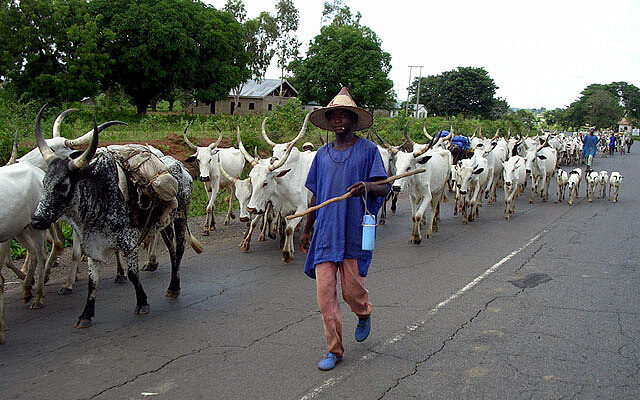 NOTICE FOR PROHIBITION OF FULANI’S CATTLE.

Each day, Ibaji in diaspora witness more reprisal killings that are simply making the possibilities of peaceful resolution and farm produce more difficult. Rural banditry is becoming the norm in the Nigerian hinterland and has been transformed into a vicious criminal activity. The result is that the scale of loss of both herds and human life has been escalating and the victims are on all sides – subsistence farmers.

Nonetheless, we write this memo to say we give up on the fulani’s cattle destruction on the farm produce this year, and seek a way out on the destruction and crisis by not allowing fulani cattle across Ibaji land between November ending 2022 when cultivation begin and June 2023 during harvest.

It is clear that in deed, deadly flood attacks on the people of Ibaji 2022 caused havoc and the way to regained what they have lost to flood is through farm produce.

An entire local government that have suffered massive flooding, lost of farm produce and properties would not be happy farming and the fulani’s cattle harvest the farm produce.

We are aware of the law that says every citizen of Nigeria is entitled to move freely throughout Nigeria and to reside in any part thereof, and no citizen of Nigeria shall be expelled from Nigeria or refused entry thereby or exit therefrom. We also know that the law is not applicable to cattles and other ruminants.

The Ibaji Progressive Youth Foundation, and as a voice to the youth and entire people, recommend to you the Ibaji local Government Chairman Hon. Williams Iko-Ojo Obiora, Chairman Ibaji Traditional Council HRH Chief John Egwemi and all the Ibaji Gagos to restricts and avoid seasonal migration of fulani’s cattles across all the Ibaji land this period and we believe you would listen to the cry of the populace because any leader that does not take into consideration the welfare of the people is not worthy to be called one.

We the Ibaji Progressive Youth Foundation hope you listen to the cry of the people in this difficult period of time.

We exist to build Ibaji of our dream.