For a long time in our country, and this is a widely and wholly accepted truth, the only way to get a job in Nigeria is just to know somebody at the top or buy the job completely from somebody at the helm of affairs. But today, this seems to be the outlier now rather than the room, thanks to one woman, Dr Muheeba Dankaka, the current chairperson of the federal character commission.

The mandate the President gave to the chairman of the federal character commission is simple and clear as the president in unmistaken terms, asked her to go and end job racketeering and ensure evenness and fair play in federal appointments. Today, in fulfilment of the mandate and task given to her by the president, she is taken necessary steps to reposition the commission to achieve this mandate.

The mandate of the Federal Character Commission is to protect the interest of every state in employments and projects placements by the federal government and that is exactly what the FCC under the able leadership of Dr Muheeba Dankaka is seen to be implementing and no state seems to be complaining.

If there is one thing that Nigerians should check and eventually this would lead them to applaud the fact that Muheeba Dankaka has truthfully ensured the mandate of ensuring the equitable distributions of jobs and execution of projects among the distributive units of the country in total compliance with the act that created the commission is hollistically adhered to.

She is doing and ensuring the adherence to the primary objective of the act is not guilty as alleged as any other objectives and responsibilities according to the act are secondary.

The main objective of the act is to ensure that no state in the federation is sidelined in the scheme of recruitments, projects execution, etc.

The commission is on record to have been sanctioning many MDAs who are in breach of this provisions of the act.

These allegations should be seen by all Nigerians as a campaign of calumny against the chairperson of the commission by disgruntled elements who do not agree with the new dawn at the commission and are insisting on the adherence to the business as usual dispensations whose tenure has elapse since the strong and amiable Muheeba Dankaka came into the leadership of the FCC. However, since 2015, when President Mohammad Buhari came to power, the principles seems to have been more strengthened rather than being neglected or jettisoned.

Today, this assertion can be verified true by the performance of the present chairman of the commission, Dr Muheeba Dankaka through her implementations and monitoring reforms which has ensured almost 90percent compliance. This has made many to stress that institutions like the Federal Character Commission can be runned better to achieve its mandate by able leadership.

She has basically intervened by hearing the voices and complaints of Nigerians clearly by upholding the constitution and the law. She has chosen not to condone extreme nepotism which is an act capable of creating an atmosphere of discontent, hatred, disloyalty, disenchantment and separatist reflexes among victimised groups. It is on record that during her leadership of the FCC, so far, the commission has never been found wanting for any constitutional breach as regards its actions and have accounted for all its actions and duties to the country by making sure the mandates given to her by the President by making sure his promise of addressing the litanies lopsided appointments are been addressed and never to reoccur again was achieved.

When other MDAs goes against the provisions of this act it is the job of the commission to apply sanctions and call the agency to order. The foundation of justice and equity which Dr Muheeba Dankaka is building at the commission as regards employment and projects execution.

The growing pains of mass unemployment in our land and scorching frustrations among the youth of our country are enough embarrassments already to us as a nation. But for the commissioners of the commission charged with the responsibilities of assisting the chairman of ensuring that the available job opportunities in Nigeria is evenly distributed limiting their jobs now to being fifth columnists and petition peddlers against their boss is really dumbfounding.

They must be call to order to stop the peddling of the fog doubt, haze of mistrust and the ambiance of bad blood which has today taken over the commission. This is ensuing when Nigerian graduates are dangerously and pathetically begging for jobs like street urchins be begging for arms.

Just imagine the trauma the chairman of the FCC should be going through right now even when she has changed things for the better in the commission because of the hawks who are out to change the narrative for their benefits alone.

Thank God that Dr Muheeba Dankaka is been a woman of integrity and strong character is unperturbed because she knows the victory of good over evil is sure. 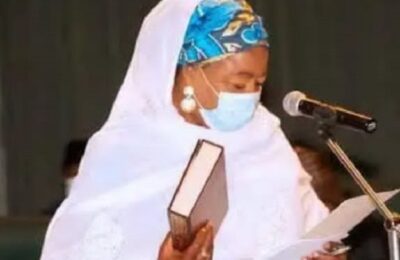 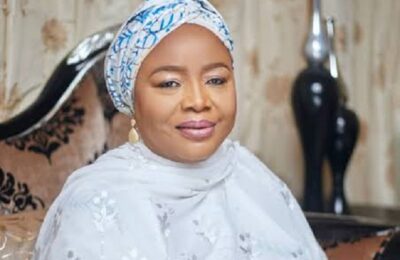