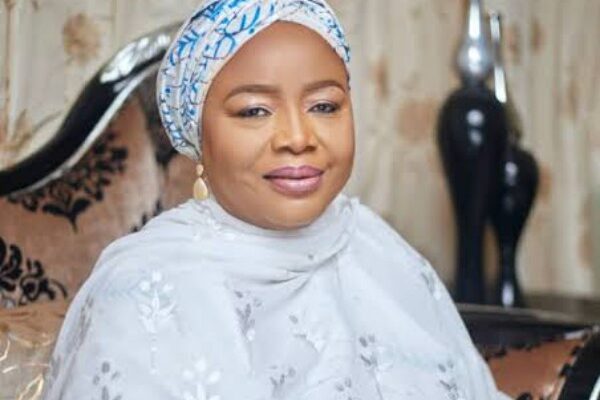 Many are of the views the leadership style of the Chairman has exuded confidence in the once waved aside agency that has been described by many as the nation apex agency of corruption.

Prior to the appointment of Dr Muheeba Dankaka as the executive chairman of the FCC by our amiable president, Muhammadu Buhari, the FCC was in danger of been described as an agency of waste and many are already coming into conclusion that the president should take drastic action or in a nutshell proscribe the agency. There was therefore an urgent call for reforms and redirection. Thanks to the president who did not waste anytime, mindful of the importance the federal character commission is to the unity and cohesion of the nation. The president really took the needed action when he appointed Dr Muheeba Dankaka, as the chairman of the FCC, to introduce and implement reforms to change the narrative at the FCC.

Two years down the line as the helmswoman of the FCC, Dr Muheeba Dankaka is today applauded even by cynics and her earlier detractors to have introduced reforms that has positively changed for the better the narratives at the FCC.

The FCC hitherto seen by many as a citadel of corruption, nepotism and gross opportunity is today seen for it’s magnificence and grandeur. A place of hope for Nigeria unity and cohesion through the implementation of our federal character laws through a capable leadership that is an apostle of a new type of federalism through a totally implemented letters of the FCC laws.

It is on record that during her tenure, the FCC was the first agency that keyed into the president mantra of change in the way our agency carries out government businesses. The FCC become business unusual by her reforms especially the creation of the department of monitoring and compliance. This department was charged with the responsibilities of investigating and forcefully correcting any anomalies in the implementation gap of the Federal Character laws. There was a need for reforms and a reformist leadership was needed and the nation got it in Dr Muheeba Dankaka.

The failures of the Federal Character principle implementation that has caused alot of mutual mistrust and misunderstanding in the country is to be primarily blamed on previous administration and the leadership of the FCC.  Under the previous administrations in the country. Today through the reforms package and programme of the Chairman of the FCC, our country men and women are beginning to have the needed confidence in the ability of our country to unite for development which in actual facts are the ingredients lacking in our journey to a truely united and prosperous country. Through the reforms and activities of the Chairman. Since her appointment by the president, we believe that we still have men and women in the country who can shine because the institution itself is becoming stronger and shinning through capable leadership and that is what Dr Muheeba Dankaka leadership of the federal character commission represent.

Today, through her reforms and as in reality things really stands, the FCC is no longer an institution weakened by an act of omission or commission on the part of the Nigerian state to loose confidence on itself not to act with a sense of pride in the discharge through the reform s of the Chairman, the golden years of the FCC, as many have asserted is coming back. The reforms has impacted positively as it has succeded in cutting back on the waste years and the presence of corrupt tendency and re-imposed on the agency to do what it’s mandates as spelled out in it’s enabling laws has mandated it to do. If this recognition of it’s mandates has been hitherto observed as it is observed today under the leadership of it’s present chairman, our country should have supposed it present mutually suspicious existence. Today, the FCC has though reforms of it’s internal processes, been able to carry out the process of building a truely formidable FCC as an agency of the nations unity and cohesion able to respond to it’s duties and mandates.

Today, we have heard and seen some evidences that her reforms are going on as planned. The FCC , today has been rebranded though not any change of name but substance through the capable leadership of Dr Muheeba Dankaka. We have seen the effective monitoring and evaluation Dept at work that has replaced the corrupt and extortionist corruptions in the agency and the chairman has paid the price to make that department work. Today, all the rent seeking tendencies and cabals at the agency has been eliminated through her concise reforms. Her reformist policies has made the agency too hot for this rent seekers and job grabbers.

Still, let us not forget that the FCC reforms promised and now implement by the chairman arose from the erosion of public confidence on the agency. FCC is a vital institution whose capacity to unite us has clear ramifications for the rule of laws, justice, fair play, and even decency in our individual and group conduct as a people. Her reforms therefore was targeted at rekindling the confidence and trust of our people in the FCC as an institutions for national unity and stabilization. An institution to run to for complaint when our part of the national cake seems to have been taken from us and have the confidence that through institutional power it shall be  corrected without causing any havoc to national unity. The Federal Character Commission today, is not a confused product of reforms as it has not left it’s personnel more or less in limbo. The FCC chairman journey first of all in reforming the FCC, at this critical time in our history is the first determined steps towards the emergence of a new peaceful and United Nations from the ashes of our past federal character principle failures.

Her reforms are a positive development because of the hopes that has resulted from a reformed FCC. Permanently aired of it’s many afflictions because today, a reformed FCC. Introduced by Dr Muheeba Dankaka has on record been an important part of the Buhari rejigging of our national institution s to reposition and re orient our people towards a United and prosperous nation. The reforms has cured the personnel of the FCC. Of their professional, inferiority consequent upon their progressive sub ordination to corrupt tendencies. It has made the commission staff to forcefully embrace change as a must and not only a mantra of the agency. The reform has helped produced better trained, better equipped and better oriented staff motivated by the need to create equity in the federation. The reforms has also through motivations of staffs through the earnings of living wage that has propelled the staff not to quake at the sight of gratifications. This has motivated the staffs to take pride in their work and be a source of pride to the nation.

Today, we are proud of Dr Muheeba Dankaka for teaching us that institutional reforms cannot be treated casually as a routine matter. They are complicated and every aspects deserves to be thought through so that the reforms do not become greater problems in the near future. The successes of reforms and the lessons learnt at the FCC. through the reforms of Dr Muheeba Dankaka should be replicated in all agencies of government, this is a recommendation that I think should be acceptable to all Nigerian as today, Federal Character Commission is working. Thanks to Dr Muheeba Dankaka 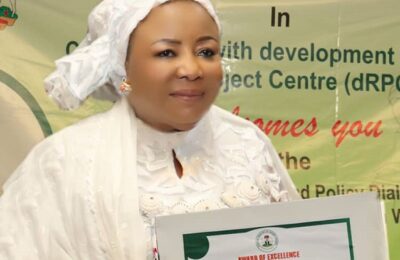