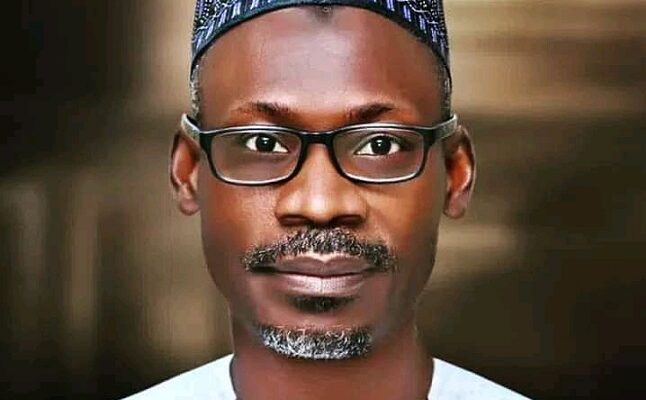 Today, many see the period since the appointment of Dr Halilu Ahmad Shaba, as the Director General of the National Space Research and Development Agency (NASRDA) as the beat years yet in the history of the Agency.

Dr Shaba a seasoned scholar and professional in the space field and development area has since his appointment introduced many vivid and working reforms that has significantly changed the negatives perception many had about this very important national agency.

This introduced reforms by Dr Shaba has reinvigorated and reignited a clear vision and developmental roadmaps that has led to the significant achievement of the mandate the president laid out to him during his appointment as the head of NASRDA.

The agency has for many years since its creation been awash with clamours for reforms. Much of this clamours take their root from the evolution of the agency because many see during the period prior to the appointment of Dr Shaba as the Director General internal decline due to bad management strategy and this is due primarily to diverse causes.

Three factors can be highlighted as contributing to the near failure perception of the agency and this includes but not limited to the following, the internal structure of the agency, the new evolving nature off the space industry and the declining quality and efficacy of the core institutions that should aid the development of the nation space sector.

Although, there have been many attempts in reforming of the national space research and development agency in the past, these effort were marred by the unrighteous commitment of these administrators in the agency, lack of spines by their implementations, poor vision or deliberate in built dysfunctions that aborted their attainment even before commencement. The twin problems attended those reforms efforts. There were massive episodic policy measures, high cost of operations, adversarial intergovernmental relations, lack of focus in expenditures and poor state of space infrastructural facilities, inadequate coordination of policies, rampant tension and pervasive corruption etc.

The consequences of these inconsistent behavior at the NASRDA, are of course negative, visited the agency in torrents. The name NASRDA became synonymous with failures and mismanagement. There was a call for reforms.

The appointment of Dr Halilu Ahmad Shaba therefore was good and inevitable because of truth, successive managers of the agency never have the vision to see that reforms at the agency was inevitable to save the agency from collapsing. The reforms at the agency have been made difficult over the year’s for a preponderance of reasons the foundation can be traced to bad or poor governance as stated above as well as the nature of our citizenry. The signposts of good management which have evidently been either minimised or effectively compromised by successive administrator of the agency especially includes accountability, transparency, safeguard of public trust, responsible use of authority, development of effective governance structures, ensuring and sustenance of fiscal responsibility and so on.

These are the core reforms implemented by the Dr Shaba led management that has today made NASRDA ranked as the best agency in Nigeria today. The obvious impossibility of executing meaningful and successive reforms under this above stated environment that is worsened by the psychology and behavior of a preponderance of the staffs who are deliberately disposed to either not seeing anything good about the management intentions to reverse the leprous streak and state of the  NASRDA development or are by their deliberate extremes aversion to every initiatives for reforms the agency often showcase themselves as only desiring the forceful removal of every of the agency reforms has today been eliminated by the reforms of the Director General.

Granted that poor and infact bad governance of the NASRDA has been the nightmare which Dr Shaba has come to eliminate. It is not both intellectually to break from the indiscipline, pillage and evils of that the past may have characterized. a Director General that would achieve this break will do so by pampering everybody without decisively dealing with the indiscipline that would have brought the agency in the past to it’s knees. Dr Shaba acknowledged acknowledged in the construction of his reforms agenda that it may also amount to severe irresponsibility for anyone to expect that the agency would move forward while the distortions and leakages in the agency continues and the malady would be immediately and magically corrected.

NASRDA case was clearly like that of someone who has been forced into drug addiction. Any effort to rehabilitate  this addict would open him up to different levels of withdrawal syndrome. Dealing with addiction and the withdrawal syndrome requires the the elevation of strategy that may be applied and this, with arrangements will complicate the matter for rehabilitators who obviously may not fully anticipate the entire content of the withdrawal syndrome except to tackle them as they occur. But here we are, blessed with an administrator, and consequently, we have come to recognize a good leader and indeed the Redeemer of NASRDA, when we see one, Dr Halilu Ahmad Shaba.

The distortions and leprous state of NASRDA continued until his appointment. He began a disciplined reforms program that have triggered NASRDA restorations, albeit in measurable proportions. Dr Shaba is known to have helped build NASRDA as a stronger institutions, improve staff welfares, fight corruption, ease the burden of misappropriations and promote our nation space industry In a way that brings more of the benefits of prosperity to our people through the space industry. Today, NASRDA is engaged properly in a dramatic and high stake efforts to established a viable space industry and Dr Shaba appears truly committed to jump starting the economy through the space technological field. Since his appointment, our country has continued to make progress in strengthening the space industry even with the challenges remaining to be addressed.

The leadership of Dr Shaba at NASRDA has never camouflaged any corrupt tendencies and ineptitude and has holistically never tried to show that he was doing something by fabricating reforms programs which were never intended to reform anything. He has good intentions for reforms and have the vision. He is different from those past Director General of NASRDA who made real and visionary attempt at reforms but inability to articulate the content of the needed reforms anticipate, forsee and grapple with the challenges of reforms substantially accounting for their failures. The dynamics of the present era has led to Dr Shaba introduction of a monthly staff audit system has really paid off. The staff today are committed and ready to key into his key reforms and this has led to the new NASRDA built on reforms under Dr Shaba.

Spread the love
Tweet
Previous PostArc Salman Felicitates Gen Oshanupin @70, Describe Him as a Generational Icon Next PostMuheeba Dankaka: A Chairman With a Difference 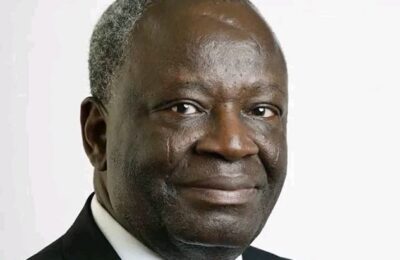 NASRDA Congratulate Prof. Gambari on His Conferment, Turbaning as Zanna of Lafia Emirate 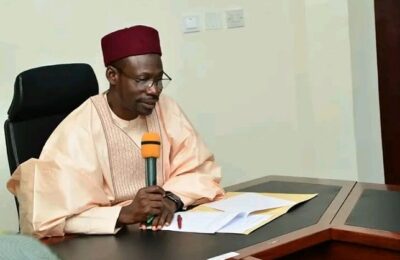 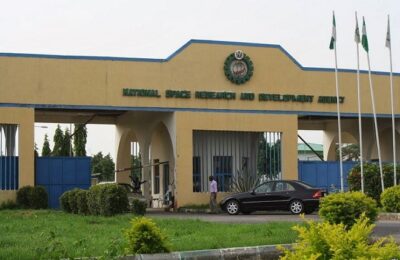