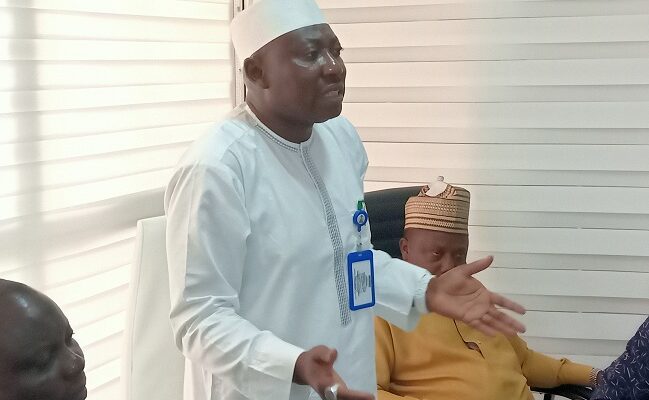 The Kogi State Internal Revenue Service (KGIRS) has cleared air on the controversy surrounding its recent letter to political parties asking for mandatory payment of signage fees and tax clearance for their candidates.

Acting Chairman of Kogi State Internal Revenue Service (KGIRS), Sule Salihu Enehe said the demand was not a witch hunt but routine and in compliance with the law.

Speaking at a press briefing in Lokoja on Wednesday, Enehe said contrary to the impression being created that the action was plotted by the state government and targeted at opposition political parties, it was done in the public interest.

He absolved the Governor Yahaya Bello from any complicity in discharge of its constitutional responsibility, noting that KGIRS was established by law and operating within the ambit of the law.

The Peoples Democratic Party (PDP) had on Tuesday raised alarm that KGIRS sent a letter to the party demanding for payment of N37.5million before it is allowed to display billboard and posters of its candidates in the ongoing electioneering campaigns.

In a statement, the party’s Director of Media and Communications, Comrade Dayo Onibiyo, the PDP described the move as political hostility.

PDP alleged that the state government issued a notice of fourteen (14) days as ultimatum for such payments to be made but only served the party the letter two days before the ultimatum.

Reacting at the press briefing, Enehe explained that the two weeks ultimatum issued for compliance with the letter starts counting from the date it was delivered and not when it was written.

He noted that the Act that empowered the Service on the mission was signed into law by Governor Yahaya Bello in September and insisted that it would be implemented to the letter.

He said all political parties including the ruling All Progressives Congress (APC) were served with the letter.

He added that parties which have misgivings about the letter are free to seek clarifications from the service.