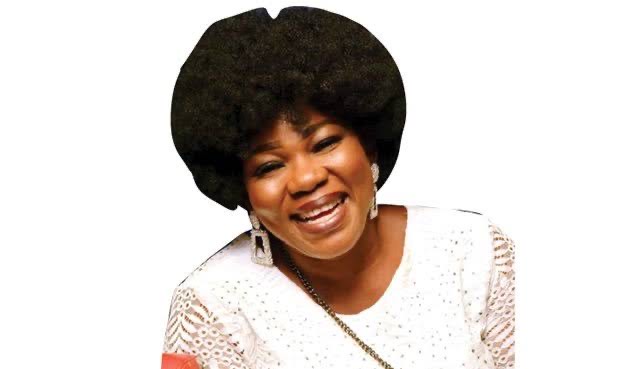 Kogi State Governor, Yahaya Bello has mourned the sudden demise of screen diva and actress, Adah Ameh who passed away on Sunday at the Nigerian National Petroleum Corporation (NNPC) hospital in Delta State at the age of 48.

The governor in his letter of tribute which he signed on Tuesday said that her death was a shocking development for all who knew the vivacious Ada and have been thrilled over the years by her life and times.

Governor Bello said “Ada Ameh was 48 years old at the time of her untimely death. She was an accomplished actress who wowed us from her first major movie role as Anita in 1996’s Domitilla with scintillating performances on the screen interpreted with skill”.

He noted that Ada Ameh faced some of the major difficulties confronting today’s youth in her own life, including teenage pregnancy, the untimely death of a dear child as well as sundry health challenges but through it all, she displayed rare and inspirational courage.

Gov. Bello added Ada Ameh’s death is a huge loss to Nigeria and to all who knew and loved her while praying to almighty God to forgive her shortcomings and grant her repose eternal rest.

Spread the love
Tweet
Previous Post7 Die, 43 Injured in 14 Crashes During Sallah in Kogi - FRSC Next PostSelfless Service to the People is My Core Value – Amodu Yakubu Atai