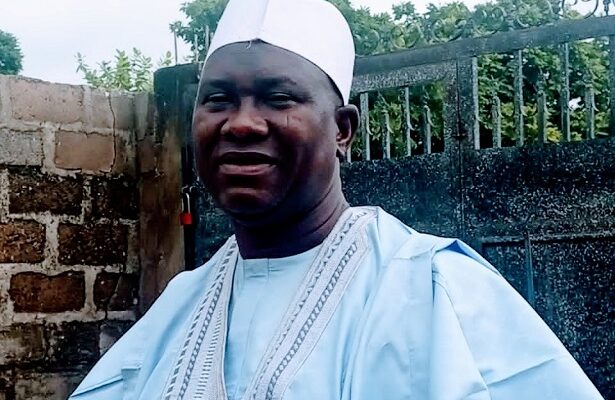 One of the major challenges of good democratic governance in Nigeria is that of getting selfless, visionary, patriotic, pro-people, inclusive, focused and effective leadership to drive/pilot Nigeria’s national affairs and the political economy towards good, democratic governance. We have muddled through national problems, with epileptically energy superficially, essentially due to the absence of such requisite leadership, as a result of which the challenges have magnified and become complex, appearing daunting and insurmountable, and pushing the country towards the precipice and potentially off the cliff.

In the current situation, getting things right and reverting to the appropriate trajectory of good democratic governance would require selfless, visionary leadership committed to, and focused on, people-oriented policies for socioeconomic growth and development.

One man who desires sincerely to render selfless service to his people is Honourable Amodu Yakubu Atai of Action Alliance (A.A), political party.

To him, the nexus between the choice we make and our destination between effective leadership and development, at a moment of critical decision is to chart a new path and elect political leadership for the enthronement of good governance.

He feels the real qualities of good leadership are formed in those who are willing to sacrifice to see to the economic, social and spiritual development and needs of the people.

He said he has decided to bring about a true representative to the good people of Idah Federal Constituency which comprises of Idah, Igalamela/Odolu, Ibaji and Ofu LGAs.

His one unique selling point is the quest to render a selfless service to the teaming people who have suffered neglect as a result of self-acclaimed imposition of candidates by self-acclaimed leaders to the disadvantage of the gullible.

He opined that over the years, in Nigerian democracy, our elected leaders represent their personal interest and not the people. He is aspiring to be at the National Assembly because the national assembly is the highest legislative house where all shades of opinion are raised for the benefit and development of the people and the land.

Yakubu has a dream relating to the road to the promised land; as he opined further that “The world has settled for democracy because of its mass base, it’s offering of choice, competition plus checks and balances as the preferred medium of achieving people’s hopes and aspiration or reaching the promised land. Habits die hard changes take time, but democracy with its promise still offers the best prospects for development. In other words, one wouldn’t blame self and pontificate that Nigeria has failed us. Nigeria is not made of toads and mosquitoes or lizards, rather Nigeria is made of people, we the people make up Nigeria. Nigeria hasn’t failed us; we have failed ourselves as Nigerians.

He strongly desires to deliver good leadership by example, persuasion or pressure, by status or by knowledge.  He sees himself as a man who has great dreams of a greater future for his people – a clear vision of destination to the promised land.

Amodu Yakubu Atai hails from Idah the cradle of igala land. Atai was born into the family of Amodu Alewo Atumeyi and his mother Asmau Agbele Adejoh (Gobina) both of blessed memory. He is married to Rosemary Rabi Omale and blessed with Children.

He served his one year mandatory NYSC at Abuja in Nigerian National Petroleum Corporation (NNPC) corporate headquarters in 2001/2002. He secured a teaching appointment with Kogi State Teaching Service Commission. Shortly after, he was posted to the Kogi State Ministry of Education and worked till 2009.

Before delving into politics, Amodu Yakubu Atai has been the Chief Executive Officer (CEO) of Yankeman Nigerian Limited. He partners with friends and associates to carry out consultancy services. He also worked in the executive board of Stewardship Magazine. Amodu Yakubu Atai is a member of several clubs and associations. They include The Organisation of Noble Citizens, Idah Youths Association, Iko Udama Club and founder, Destiny Network of Nigeria.   He is Action Alliance (A.A) candidate to represent the good people of Idah, Igalamela/ Odolu, Ibaji and Ofu Federal Constituency come 2023 General Election.