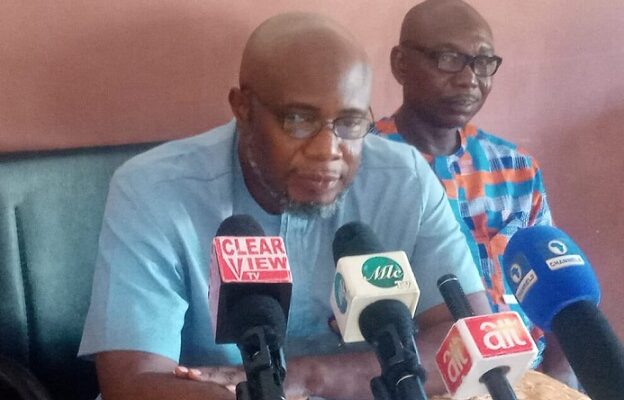 Gov. Yahaya Bello would on Thursday, 27th October, 2022 be honoured with the distinguished award for infrastructure revolution in the health sector of the State by the Nigeria Union of Journalists, Kogi State Council.

In a statement signed by Comr. Jerry Ocheme and Abu Michael, Chairman and Secretary, 2022 Kogi NUJ Press Week Planning Committee, said the National President of the NUJ, Comr. Chris Isiguzo MFR would make the presentation of the NUJ highest award to Gov. Bello and six other distinguished personalities to be so honoured at the grand finale of the Press Week.

Others to be conferred with the award are: Dr. Salisu Usman Ogbo, Rector, Kogi State Polytechnic with the Education Administrator of the year award.

Elder Leke Abejide, Member Representing Yagba Federal Constituency in the House of Representatives as the NUJ Man of the Year, 2022.

Also to be honoured is Abubakar Isah, aka Engr. Lucky would be honoured for Human Capital Development.

Mr. Richard Osaseyi, Chairman, Osaseyi Foundation would be recognized by the NUJ with the Humanitarian Personality of the Year Award.

The 2022 Lecture and Impact Series/Awards will hold at Idrinana Hotel, Lokoja by 10:00am.

According to the statement, a lecture titled: The Media, Politics and National Development would be delivered by Hazmat Lawal, is geared towards contributing to the country’s political development, engender peace and national cohesion, to round up activities for the 2022 Press Week, that would be chaired by Dr. Kashim Akoh.

The event according to the Statement “is also organised to honour key political actors, players in the private sector, individuals and heads of Ministries, Departments and Agencies (MDAs) among others, who have proven their worth in specific areas of governance and human endeavours.”

The Kogi State Commissioner for Information and Communication, Hon Kingsley Fanwo and the Chairman of NUJ, Comr. Adeiza Momohjimoh would be the Chief Host and Host of the NUJ lecture and award series.