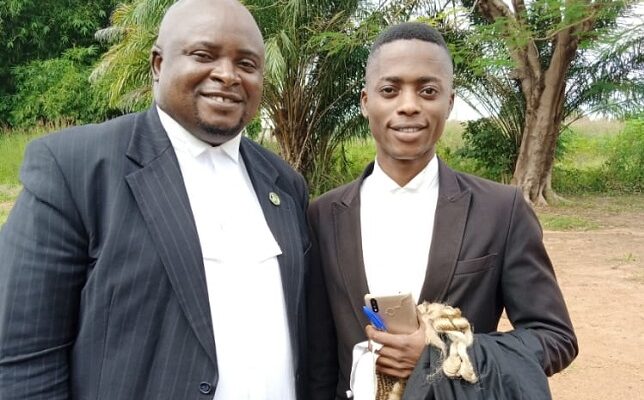 Chieftaincy Tussle: Court Dismisses Suit Against Kogi Governor, Others for Being Statute Barred

The claimant had filed the suit to challenge the appointment/beading of the 1st defendant as Achema Dekina, 3rd Class Status.

The said 1st defendant was appointed and beaded as Achema Dekina in 2014 by the then Attah Igala, Ameh Oboni II, after passing through the necessary processes and recommendations.

At the close of trial, counsel for the State, S.O. Akobe, Esq., a legal officer in the Kogi State Ministry of Justice, raised a crucial issue in his final written address challenging the jurisdiction of the Court on the ground that the suit was/is statute barred.

Counsel for the 1st defendant, J.U. Okpanachi, Esq. in his final written address also heavily canvassed arguments on the competence of the suit before the court and urged the court to hold that the suit was incompetent to be entertained.

The claimant’s counsel, Samuel Abbah, Esq. in response via his own final written address, urged the court to reject the arguments canvassed by the defence Lawyers on the issue of limitation of action.

Delivering the judgment of the Court on 27th October, 2021, the Presiding Judge, Justice Ruth Alfa, upheld the defence lawyers’ submissions and held that the case of the claimant was indeed, caught by the limitation law.

The court found of a fact that the cause of action arose in 2014 when the Letter of Conferment of the Beaded Title of Achema Dekina dated 19th May, 2014 was issued to the 1st Defendant (Sumaila Hussaini) by the Attah Igala/Chairman Igala Area Traditional Counsel; and that the defendant waited until 9th September, 2016 (i.e. two years after) before coming to the court to seek redress.

The court, therefore, held that the case of the claimant was “dead on arrival” having been caught up by the statute of limitation which in the circumstance robbed the court the jurisdiction to go into the merit of the case.

Having come to said conclusion, the court dismissed the suit.

After the judgment, the 1st Defendant Counsel, J.U. Okpanachi, Esq, the 2nd-7th Defendants’ Counsel, S.O. Akobe, Esq., as well as the claimant’s counsel, Samuel Abbah, represented by Lucky Onalo Esq who held his brief, all thanked the court for the judgment and also prayed for more wisdom to dispense justice.

Speaking to journalists after the judgment, J.U. Okpanachi, Esq. and S.O. Akobe, Esq. described the court victory as well deserved and further dedicated same to Late Barr. J.Y. Akuh, Esq. who was the state counsel handling the matter until his painful death on 28th May, 2018.

With this judgment, the legal tussle in relation to Achema Dekina Stool which has been on since 2016 has now been laid to rest, albeit without prejudice to the right of any party aggrieved with the judgment to challenge same on appeal.