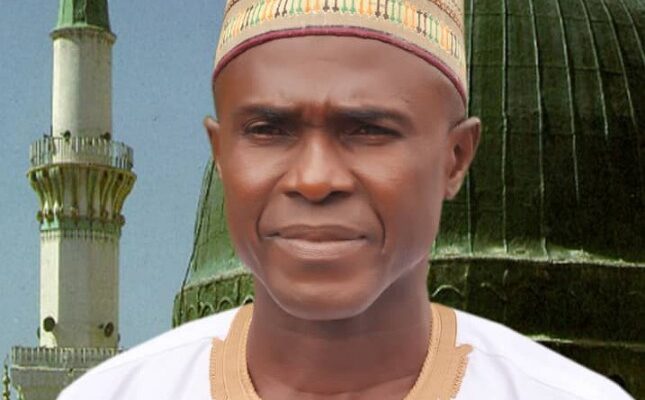 The Iyale Progressive Platform (IPF) a social development association of the good people of Iyale in Dekina LGA with interest in education, health, infrastructure, economic empowerment and security, has commended Governor Yahaya Bello for the timely enthronement of the new Onuh of Iyale, HRH Mallam Idris Wada Akogu.

A statement by one of the forum’s leaders, on behalf of the forum, Mr Peter Zakari Ogijo, on Wednesday in Lokoja, expressed their deepest appreciation to the Governor for the quick appointment and enthronement of the new Onuh after the demise of former traditional ruler without any rancour.

According to him, the group’s major objective is about community development; how to harness both human and material resources to complement government’s efforts towards uplifting their communities.

”The people of Iyale through the progressive forum are extending our profound gratitude to His Excellency, Alhaji Yahaya Adoza Bello, for the expeditious dispatched with which the new Onuh of Iyale, HRH Mlallam Idris Wada Akogu, was appointed due to the demise of the late Onuh, Engr. Thomas Idajili.

”In the history of traditional tussles in Iyale or any other parts of Igala land; this is the first time there will be a unanimous agreement on the person nominated as a bonafide Onu of Iyale without any rancour.

”The four ruling houses in Iyale, all came together and unanimously agreed on the nomination of Prince Idris Wada Akogu as the new Onu of Iyale, now His Royal Highness Mallam Idris Wada Akogu.

”As a group, we are expressing our deep appreciation and gratitude to His Excellency for the proactive nature in appointing the new Onu of Iyale without delay”, the forum said.

The group further appreciated the Acting Chairman of Igala Area Traditional Council, the Ejeh of Dekina, Alh (Dr) Usman Obaje, and everyone who may have played a significant role in the ascension of the new of Onu of Iyale.

The forum further appreciated the governor for the appointment of the new Attah Igala, HRM Mathew Alhaji Opaluwa.

The group, however used the opportunity just like ‘Oliver twist’, to intimate the Government that the Onu of Iyale stool, which was one of the oldest traditional stools in Dekina LGA of over 60 years, was yet to be upgraded.

They noted that the Onu of Iyale stool had been neglected for years while other traditional stools in wards and communities previously under the rulership of Onu of Iyale had been upgraded without recourse to history by the previous administrations.

”Onuh Iyale is older than most traditional stools in Dekina and that as a matter of fact, the mobile administration of the colonial masters ruled indirectly through Onuh Iyale until the Richard’s Constitution of 1956 during which district heads were nominated”, the group said.

The group, therefore appealed to the State Government to consider the elevation of Onu of Iyale stool to first class as against the third class that it had been for decades.

”The people of Iyale are confident that the present administration under the able leadership of His Excellency, Alhaji Yahaya Bello, would correct the injustices that have been meted out to the royal stool of Iyale by the successive governments in the state”, the group said.

Spread the love
Tweet
Previous PostChieftaincy Tussle: Court Dismisses Suit Against Kogi Governor, Others for Being Statute Barred Next Post'Invoking the Criminal Jurisdiction of the Court to Achieve a Civil Remedy Must Not be Allowed'; Kogi Magistrate Rules