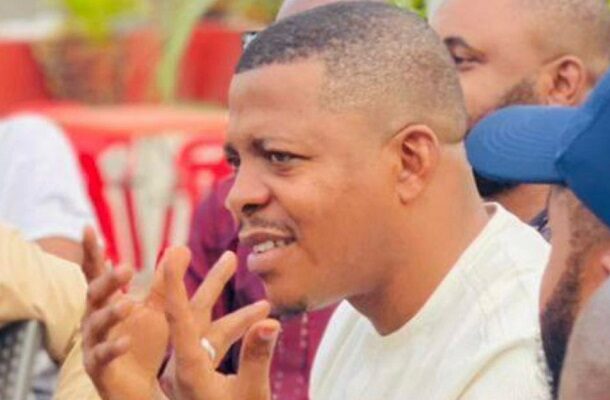 No doubt, the biblical trauma of Daniel as elucidated in the two most greatest holy books, the Bible and Quar’an, even though divinely concocted and it came to pass, the case of Comrade Austin Usman Okai CNA, the Peoples Democratic Party (PDP) house of representatives candidate for Dekina Bassa federal constituency in the forthcoming 2023 general elections may be likened the that of ‘Daniel’.

Comrade Okai we all know, as an average Kogite and Nigerian, how he was humiliated, decapitated, dilapidated and dehumanized not only for his personal gains and political affiliations, but as a public affairs analyst, public speaker, blogger, human rights activist, social crusader overtime, that coincided with the activities of state and non state actors that are inimical to the welfare of his people in Kogi and Nigeria at large.

Okai who became the PDP candidate after a keenly contested primaries from his area, no doubt was a darling of the entire Kogites, as many of his fans from Kogi central and Kogi west has vowed to mobilize supports for his election in March 2023.

Okai’s announcement on May 23, 2022 was already changing the political equation for Dekina-Bassa, Kogi east and Kogi state at large, that was cocooned under intense political manoeuvre and electoral fraud, which saw the ruling All Progressives Congress (APC) clinching all the seats from the State Assembly to National Assembly.

Comrade Okai has not only consistently spoken against bad governance in Kogi and Nigeria at large, but the process of electing representatives at all levels, had been a bone of contention between him, state actors and political office holders.

For many years he had been incarcerated illegally and charged to court on various trumped up charges against Kogi state government, and by extension the Federal authorities.

As it stood, he had been in and out of court on various politically motivated litigations with the state government with not less than three cases running against him consecutively, yet not deterred from speaking the mind of the masses.

His main grouse with government at all levels, particularly in Kogi state, is protecting the interest of local government, state and federal workers, as he has challenged the government on many occasions, over lack of payments of salaries to state workers and pensioners as at when due.

Okai has laid down his life severally and passionately for the workers at all levels in Kogi state and preached against misrule towards kogites and populace to a point of becoming the dare devil and lone ranger.

What he abhors was not doing the right thing at the right time, as he is unconcerned with the style of running of government provided the workers who are the service providers got their entitlements as and when due , as that also gave sleepless nights to the current leaders both at the local, state and federal level.

His decisions to throw in the towel into the current National Assembly election to represent Dekina/ Bassa was obviously linked to the many years of leadership gap prevalent in that area, that needed to be redressed.

Okai’s pact with the electorates in Dekina-Bassa federal constituency is a social contract geared towards providing quality social services and security like portable water, schools and skill acquisition and development centres, hospitals and clinics to improve quality healthcare, motorable roads to attract farmers movement of their farm products, provision of both electricity through transformers and alternative lights with provision of solar systems and panels, so as to return the palpable security of lives and properties to the people of the federal constituency.

Having clamoured for many years, and fought government through awareness, orientation, advocacy and as a social crusader, it is easier for him to bring on board all the needed infrastructural and social services within a twinkle of an eye.

He is not going to represent Dekina Bassa alone, he will attract world class development to the area,using his exposure, connections and relationships with both private and public sector to drive development to Dekina/ Bassa.

It will be a departure from the previous ugly and analogue trend, when a federal lawmaker depended on constituency allowances and projects ,rather than looking out and going extra mile to attract more  federal and international attention to his federal constituency.

With his wealth of experience, no doubt, the fear of Usman Austin Okai in Dekina Bassa, Kogi and Nigeria at large, will be the beginning of more development and attraction of genuine dividends of democracy to the area beyond mere pronouncements and nomenclatures.

For Okai, liberation, freedom for the people of Dekina Bassa as well as naked, transparent and accountable leadership has come to stay, devoid of the usual window dressing and intimidation.

The slogan of democracy by the people and for the people will be glaringly practicalised  when Rt Honourable Usman Austin Okai of PDP is voted into the Federal House of Representatives in March, 2023.

Spread the love
Tweet
Previous PostYahaya Bello Ranks High in the Class of 2022 APC Presidential Primary Contenders Next PostOpinion: The Enfant Terrible Has Landed in Kogi