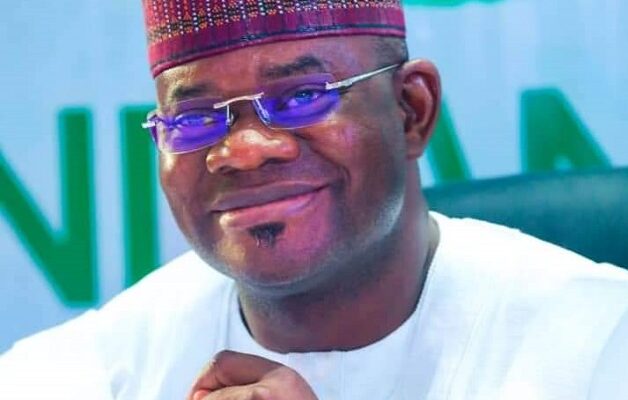 After the All Progressives Congress (APC) Presidential primaries in which Kogi State Governor, Alh. Yahaya Bello contested, I have read on media where people express what I can best describe as frustration of self delusion.

In every contest, there are winners and a winner. In the last primary election of the All Progressive Congress, there is a winner and 4 winners among who is Alh. Yahaya Bello.

Many who used that word failure to describe the historic venture don’t know that what failure means to one may not be same to another, it is relative.

Yahaya Bello won over fear and inertia and today, he has become widely known for his fearless, courageous and dogged disposition.

One fact is succinct, a man who has not ventured is not qualify to assess and adjudge someone who embark on a venture as a failure. For the first time in the history of Kogi State, we saw a youth who dared what no one has dared before.

First, it is on record that Yahaya Bello took it upon himself to liberate the youth folk from the doldrum of fruitless future to one who now discover and realize themselves as a leaders and decision makers of today and not the usual unseen and unrealizable leaders of tomorrow.

Alh. Yahaya Bello has registered his name among the Nigerian top echelon who contested with:

A former Senator, two terms governor of Lagos State and the national leader of the ruling All Progressive Congress.

He contested with a two terms governor of River State and minister of the Federal Republic of Nigeria.

He contested with a former attorney general of Lagos State, a seasoned lawyer who rise to the pinnacle of legal profession, Senior Advocate of Nigeria and current vice president of the Federal Republic of Nigeria.

He also contested with former and serving governors, religious leaders and successful entrepreneurs.

Among these high ranking contestants, Governor Yahaya Bello falls among the winners.

This is the real definition of a winner.

A successful, entrepreneur, a chattered accountant a two term governor and a presidential aspirants cannot be classified as a failure.

Those who think coming 5th in a contest of 23 aspirants should come out and tell the public what they have done so far with the numbers of days they have spent on earth.

His Excellency, Alh Yahaya Adoza Bello is as at today the hero and political heavyweight of Kogi State, a Youth frontier and advocate of youth inclusiveness in policy and decision making. A proud son of Kogi State who went saw and lived to fight again.

You can be angry with yourself but the fact remain that, Yahaya Bello is a winner. Among the winners, he is one and we are proud of him.