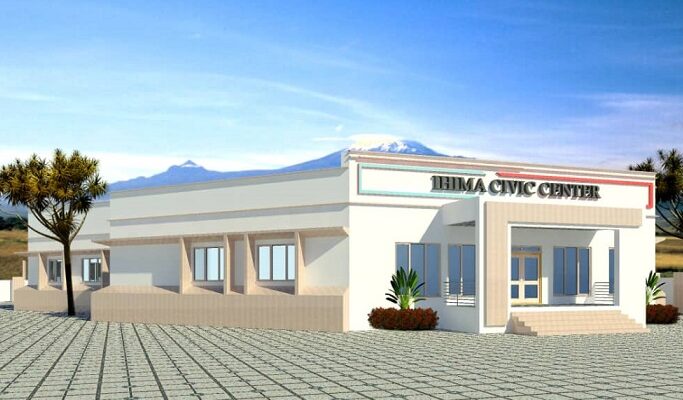 Ihima, if the new spirit of togetherness which started the year 2022 continues, splendid things will spring up anew like it was in your past.

New years are cocoons. Each cocoon carries wasp for tears in its bosom and fingers that tinkle the ampit for laughters. But special are these cocoons in the sense that their contents are what we want them to be. If we want it filled with tears and we open it, it will flow like a gushing sea of tears to households, even to the entire society with tears; its laughters can equally brim the bowels of the world if we cut it open for laughters. They are like the bed in which we lay as we choose to make it.

If the society is just, fair and equitable, and the people make hard work their motto, allowing no one to poke his hand into the face of the other for refusing to offer his feet for chains and mouth for the  padlock, it (that society) will witness abundant peace, progress and prosperity. The cocoon of every year is what the people mean and make it to be; laughters or tears.

On the third day of the year 2022, Ihima people, and important town in Ebiraland chose the cocoon that had laughter in its inside. They came out in oneness, in nostalgia and opened the cocoon. In its womb, they stumbled on treasure troves. And they asked themselves: See how good it is to do things with common front?

The plan began in the previous year. Ihima Welfare Association (IWA), the Umbrella Association of the people of Ihima, ably led by Mr Anivasa Adinoyi Joseph, JP, had it in mind to remodel their town Civic Centre to the standard that people would describe as an architectural masterpiece. But they needed a shoulder to do this. They worked hard and hard before they prayed. And one thing led to the other.

The IWA executive members suddenly had a reason to meet their son and Commissioner, Barr Mamodu Salami Ozigi Deedat for a certain discussion in his office.

The Lokoja meeting ended in mutual friendliness, love and understanding of a people, hitherto hunting for the same and one game with different weapons and from different part of the forest. Things just dovetailed. Something pleasantly ‘strange and contrary’ happened. The Commissioner had given his visitors, the IWA officials their ‘Transport fare’ to ease their visit as it is the tradition with governments.

Contrary to the practice of many groups, including religious bodies who visit government houses for different reasons, IWA officials resolved not to share the money among themselves but to keep it and use it to buy a new iron gate to replace the ageing one fixed to the town Civic Centre, Ohueta.

This is strange, even to the Commissioner. Many previous visitors to his office would not wait for the Amens of the closing prayers before they began to share the ‘ Transport fare ‘ with cantankerousness. Shouts like ‘let’s share all the money! how much is it?! Who no dey no dey!’ would be heard by the host himself and with threats of exchanges of fisticuffs.

IWA excos was a rare exception. Their patriotism instantly warmed them, the entire community into the heart of their Commissioner son. Misgivings were erased, trust grew firm like a spindle and love soar like a new fame between the two.

The result of the sacrifice was the launching, on the third day of January, 2022, of the Ihima Ultra Modern Civic Centre.

The Commissioner must have told his boss, Governor Yahaya Adoza Bello, colleagues, friends and other illustrious sons and daughters of Ihima of his impression of the patriotism of the IWA officials. This was clear from the huge support that came especially from the administration of Yahaya Bello. In fact, the Ultra modern Ihima Civic Centre launching was literally a Government House thing. Governor Bello was conspicuously there in his brother and Director General of Government House, Alh. Shaibu Oricha. Oricha was the eye and the ear of the governor at the Ihima launching.

It was a government affair.

The success of the fund raising event simply shows the influence and respect the Commissioner commands in the six year old government of Governor Yahaya Bello. The solidarity he enjoyed showed the love and trust his governor and colleagues have for him.

In the end, when the occasion drew to a close, IWA had realised the sum of 26 million, nine hundred thousands for Ihima community, and mostly through the effort of their son, the Commissioner. This achievement will draw goodwill from the people for government through one of them.

Through the patriotism, sacrifice and love of the IWA excos in not sharing the ‘Transport fare.’ they ended up making a quantum some of money for their community, Ihima.

Before this IWA, previous IWA excos had also through communal efforts gave Ihima many infrastructural facilities. It was through them that Ihima inspired the other Ebira to embark on the buildings of community secondary schools through their own Ihima Community Secondary School built in Obeiba.

The agitation for the establishment of Ohi institution which has now finally reinstated the republican nature of Ebira people through the influence of the former Deputy Governor of Kogi State, Dr. Phillips Salawu, FCA, began in Ihima many decades ago. At some time it suffered some lull. An IWA came and enlivened the vision. The association has really done a lot for Ihima and by implication, Ebira.

The insistence of IWA should be a lesson for the other Egbira district associations. It is better for all of us.

We are just at the dawn of the year 2022. Ihima, through IWA, can continue to open the cocoon for its laughters if its Excos continue to enjoy the support and understanding of the people especially when it points to the way in a matter that can divide the town.

IWA is a visionary organization; IWA knows how to break the cocoon of the year for its lovely fingers to tinkle the armpit of the community for laughters, laughters that will fill our households. Another takeaway.

Spread the love
Tweet
Previous Post2023: Halims The Only Option, Equation Next PostKogi East Matters Arising: Communiqué of Meeting of The Incorporated Board of Trustees of ICDA