Home News Solomon-Adesanya, Politician Who Fled Kogi in 2019 Yet to Return, Says Family 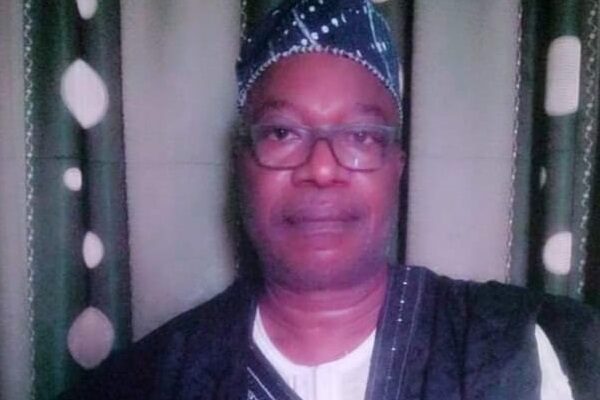 Solomon-Adesanya, Politician Who Fled Kogi in 2019 Yet to Return, Says Family

The whereabouts and safety of a frontline politician, Hon Joseph Funsho Solomon-Adesanya has remained a source for worry for his family and associates, more than years after.

Mr. Solomon-Adesanya, a PDP chieftain, whose father, Pa Solomon Gbadebo, was an active member of the defunct Action Group (AG) in Lagos during Nigeria’s First Republic, is believed to have fled his hometown, Egbe, Yagba West Local Government for Lagos on November 10, 2019, following a tip that he was marked for kidnap by unidentified armed thugs.

A family source told our reporter that he left Kogi State for Lagos following a tipoff on the alleged plot to arrest and detain him. But, contrary to initial fears that Solomon-Adesanya was among members of the opposition allegedly arrested or kidnapped by political thugs on the eve of the 2019 elections, the politician was forced to go into hiding for fear of persecution. He has yet to return to the community since 2019, according to Family sources.

His wife, Mrs Alice Iyabo Solomon-Adesanya, said though her husband is in touch with the family, she would not speak further about his location.

Another family source, who craved anonymity, recalled that election observers adjudged the 2019 election as the most violent in the state’s history and expressed hopes that President Muhammadu Buhari would live his word to bequeath a legacy of free, fair and peaceful election in 2023, thereby preventing the reoccurrence of 2019.

He noted that a violence-free transition in Nigeria remained the last hope for many in Solomon-Adesanya’s shoes or about to fall victim of similar fear of political intimidation and persecution.

“President Muhammadu Buhari has repeatedly preached free, fair and peaceful elections in 2023. He has repeatedly warned against violence as he prepares to handover to his successor, irrespective of party creed. I have confidence in the President matching word with action because that is the eternal legacy required of him to Nigerians after eight years. He has given  the marching order to security agencies to arrest and deal with perpetrators of violence. It is our hope that such a legacy will put an end to the fate that befelled our brother and those who are likely to fall victim of similar fear of political intimidation and persecution in the future”, the source said.

It will be recalled that in the course of the rivalry between the two leading parties in the state, the main opposition People’s Democratic Party (PDP) on November 11, 2019 through the then National Publicity Secretary of the party Kola Ologbondiyan, had raised the alarm that a list of its members had been drawn across the state for arrest over spurious allegations.

It accused the ruling All Progressives Congress (APC) of being behind the plans to arrest, detain and eliminate its members ahead of the election calling for the intervention of the heads of security agencies and President Muhammadu Buhari.

Kogi State Government spokesman Kingsley Fanwo had denied allegations of interference with the arrests saying the security agencies were doing their job.

The election was later adjudged as one of the most violent in the state’s history by election monitors and observers.

10 people were allegedly killed during and after the election including PDP Women Leader in Ochadamu, Ofu Local Government who was burnt alive in her house.