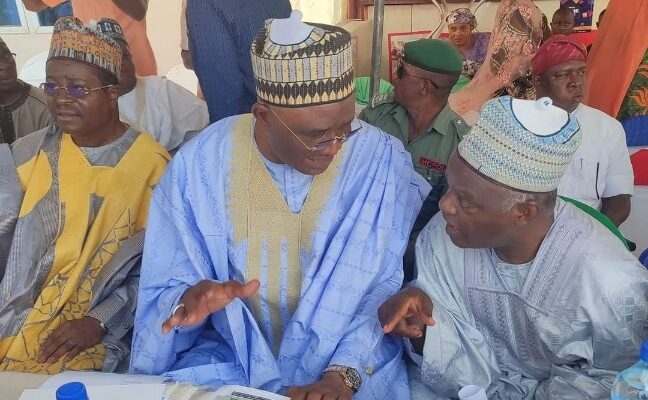 Speaking at the inauguration in Lokoja on Saturday, the State Coordinator, Dr. Sanusi Abubakar Gamji, promised to produce hundred percent votes for the All Progressive Congress (APC) presidential candidates in the forthcoming general elections.

Gamji stated that Asiwaju Bola Tinubu and Senator Kashim Shettima’s outstanding leadership qualities, personal attributes and antecedents had proven that Nigerians would be safe under their watch.

“This event, the inauguration of zonal, federal constituency, local government coordinators, directors, and members of the campaign directorate is fundamental in seven dimensions, because, it is the implementation arm of the campaign and the vehicle that will convey the message of renewed hope to the people, the silent majority at the grassroots.

”For us in Kogi State, we will start a state-wide massive grassroots mobilization campaign. We have constituted a network of grassroots-based volunteers, campaign leaders and polling units committee for this purpose.

“Let me note that as members of All Progressives Congress, we are working for all candidates of APC in the elections,” he said.

Gamji described Tinubu as a merchant of hope and expressed confidence in the capacity of Tinubu-Shettima ticket to redefine the meaning and concept of modern leadership in Nigeria.

“We have identified Asiwaju Bola Ahmed Tinubu and his running mate, Sen. Shetima, as joint patriots in words and action.

”We congratulate Governor Yahaya Bello on his recent superlative performance of his new direction administration and landmark achievements in all sectors and equally congratulate him on the recent commissioning of his outstanding legacy projects in Kogi state,” he added.

Dr Gamji, however, charged the coordinators and party members to work in unity of purpose to mobilize eligible voters at the wards, units, and local government levels, as well as engage significant stakeholders across the state.