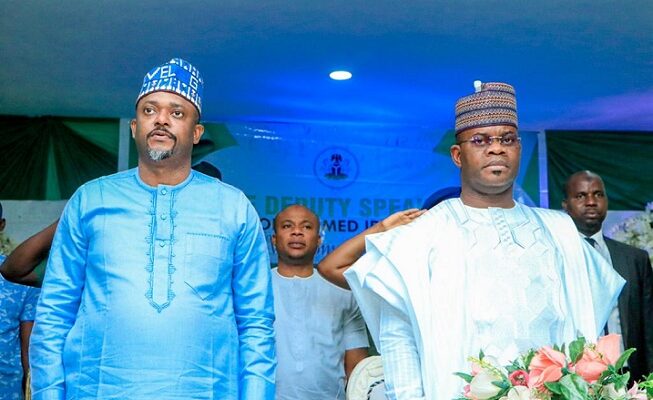 Politics was rightly defined by the late Bernard Crick. He made clear in his classic study In Defence of Politics, first published in 1962, his view that politics is a branch of ethics done in public, in which experience plays a central role (Crick, 1992).

Many philosophers have attempted in the past to give a perfect definition of politics but none have been able to define it better than the politicians who practice politics and defined it through their actions and conduct.

You will agree with me that the personality and qualities of political leaders have long been acknowledged as an important element of politics and influence political attitudes and behaviour. There are certain qualities that citizens must expect politicians to display: competence, integrity and authenticity are some of the basic prerequisites of a good politician.

To be authentic, a politician must be judged to be in touch with the people and abreast with the pulse of the street. if we try to juxtapose the above notion with Bernard Crick’s definition of politics —we will come to a resolution that indeed politics entails the demonstration of ethics in the form of competence, integrity and authenticity with the help of experience over time.

I have taken my time to study the leadership style and kind of politics being practised by the Kogi State Deputy Governor, Chief Edward David Onoja and realised it is the type that perfectly depicts politics that works. through people-driven initiative and community development.

From years back when Chief Edward David Onoja started his political journey as a State House of Assembly aspirant—He has adopted some impressive approaches that contributed to the success he has recorded politically in recent years. haven failed in pursuing some political courses but maintained positive and resilient conduct without necessarily jumping ship or evading the needed experience to lead when the opportunity comes up.

Haven gathered enough leadership experience over the years, His leadership aptitude came to the full glare of the public when he was appointed as Chief Of Staff to the Executive Governor of Kogi State, Alhaji Yahaya Adoza Bello back then in 2016. Since then, He has demonstrated the three basic qualities of a good leader (Competence, Integrity and Authenticity)

He started by mentoring youths and giving them a platform to perform and contribute their quota towards the development of the state.  His zeal to mentor youths in the right direction is second to none. He looks out for what you can offer, not how old you are.

Edward is one of the few public officers whose competence is not in doubt. many has attested to his excellent ways of executing projects and task under his purview. in my opinion, any leader who is accessible, listens and attracts development to his people is the best of all politicians. this is how best to define politics beyond theoretical definition. a kind of politics that works in the interest of the people.

This style of leadership has resulted in the numerous tremendous achievements recorded under the new direction government. appointment of youths into critical positions, infrastructural development for his people and strengthened the peace and unity enjoyed by kogites and his party members over the years.

His Principal in the person of Governor Yahaya Bello once described him as a perfect and loyal friend and subordinate and as someone who prioritizes the interest of his people. these are attributes of a politician that engages in politics that work. a leadership style that ia in sync with authenticity.