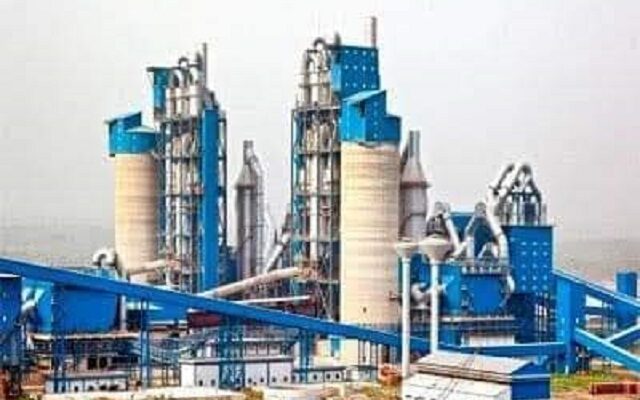 The current fight against Aliko Dangote by Governor Yahaya Bello over ownership of the multi-billion dollar cement plant in Obajana is ridiculous, to say the least.

That the pioneer civilian Governor of Kogi State, Abubakar Audu in his wisdom thought it wise to bring in Dangote as core investor in the cement plant project should be the beginning of wisdom. Audu conceived the beautiful idea, carried out pre-feasibility, acquired prospecting license, incorporated a company and secured a site in Obajana in the western area of the state. He did all these since 1992 when he was governor under NRC. This is commendable! I doubt if any Governor, current or past, in Nigeria has conceived an idea that translated into a gigantic company like the cement plant in Obajana.

Same Audu, in 2002 practically transferred ownership of the yet-to-be established cement plant to Dangote. He reserved a huge 10% equity for Kogi state government. 10% equity in a multi-billion dollar project is huge. In 2003, Audu thought it wise that Dangote own the company 100% to take off the burden of sourcing for credit facilities to meet up with 10% contribution off the lean shoulders of the state government with a caveat that Kogi indigenes will acquire 5% stake in the company when it assumes production stability.

Are we saying Audu was a fool in the deal? No! Is Bello in any way wiser than Audu? You guess is as good as mine. Audu was a banker of international repute, an astute businessman and administrator. He knew what he was doing when he signed the agreement ceding 100% equity to Dangote.

As at the time Dangote took over, the current site of the cement plant was just an empty land. What Kogi gave Dangote in 2002 was an empty land and few pieces of papers – certificate of incorporation, prospecting right and certificates of occupancy which was one of the instruments needed to facilitate credit facilities for the construction of the plant. So, if Kogi want to claim ownership, it will only be land and papers. Did Kogi state government contribute a kobo in the building of the cement plant? If yes, let’s have the evidence. Does Kogi have any other property in the project as at 2022 aside an empty land and few papers? If they do, let us see the evidence.

How can you claim ownership of a multi-billion Naira plant when the only asset you had in the deal was just an empty land and papers?

If Bello is desirous of owning a cement plant, he could have started his own project since 2012 and by now cashing out big time. Aside the Obajana plant, a government before Bello initiated another cement factory in Allo, close to Itobe. While Bello was busy purchasing endorsements for his failed presidential bid, patriotic citizens were busy attracting Mangal to establish another plant close to Ayetoro Gbede, also in Kogi state.

Now that the current government is busy releasing classified documents on the agreements with Dangote by previous administrations, can Bello boldly make public agreements and other papers signed in the establishment of the new but moribund rice mill he built somewhere in Yagba area? The rice mill was touted as a private partnership. So, what is Kogi government’s share holding in the mill? What is the name of the private entity involved in the project? How much is being deducted from the state’s monthly allocations to offset the billions of Naira loan collected to establish the rice mill?

Human and natural resources are the major competitive advantages we have among the comity of states in Nigeria. The average Kogian want more investors to troop in and invest in our abundant and top quality mineral deposits while leveraging on our inexhaustible human resources to drive the projects. We will not fold our arms and allow a governor who is eating his last supper in Lugard House jeopardize our future by chasing would-be investors away.