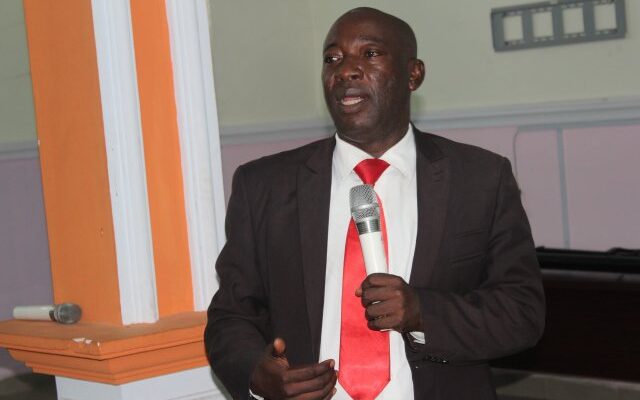 A civil society organization, Conscience for Human Rights and Conflict Resolution (CHRCR), has condemned the fire outbreak that completely razed the chamber and gallery of the Kogi State House of Assembly complex on Monday.

A statement issued by the executive director of CHRCR in Lokoja on Tuesday, called on the State Assembly to look inward as such fire disaster could not have manifested without internal collaborators.

Miliki stated that the fire incident was questionable.

He noted while security agencies are working round the clock to unravel the mystery behind the fire outbreak, the state assembly to constitute its own investigative panel.

CHRCR decried the situation where fire raged for hours without intervention from the state fire service.

He chided the lawmakers for failure to appropriate funds for the state fire service to procure modern equipment to combat such in incidence.

“We sympathize with the honourable members and their staff for the loss that they might have experienced in the cause of the fire incident.

“It is, however, worrisome that such magnitude of fire disaster could occur without intervention from the fire service of the state. This is an indictment of the assembly for failing to make laws, through appropriations, that would have assisted such fire agencies.

“Investigation revealed that the fire service in the state can not boost of modern equipment that would have assist in that situation.

“Is there anything wrong if the assembly itself purchase its own fire fighting equipment that should be stationed in the Assembly premises? It is regrettable that none of the 21 local government in the state can boast of one fire service vehicle.

“If the state had modern and enough fire equipment, and even one stationed at the Assembly, the level of damage could have been avoidable.

“Legislature such as state assembly are created by the constitution of the Federal Republic of Nigeria as Amended to make laws for the good and welfare of the people. Even if such laws and pronouncement through motions are not favourable to the citizens, what we witnessed in the State Assembly through this fire disaster is worrisome and condemnable,” he said.

CHRCR called on the state assembly to use the unfortunate fire incident to make laws through appropriation, resolutions and oversight functions that will assist the Fire Service Agency and other disaster management agencies in the state.

“As we move to another budget year, 2023, we call on both the executive and legislators to equip disaster management agencies such as Fire Service and SEMA to reduce unnecessary calamity that we have been witnessing in Kogi State in recent times.

Spread the love
Tweet
Previous PostHost Communities Stage Protest Against Dangote Company, Demand Compensation Next PostOnly Share Bello Can Get From Dangote is an Empty Land and Pieces of Papers Handed Over in 2002