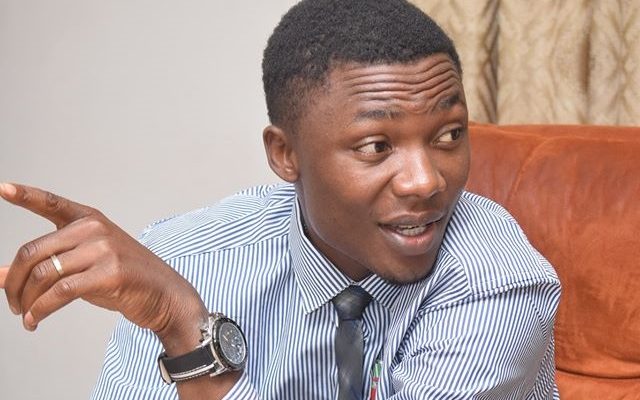 Governance, Businesses and the Open Wounds of Kogi Lime Behemoth

Let me confess that the conclusions I could not draw in the body of my MSc work, in that they did not reflect my research objectives, was summarized on my dedication page. It reads: “This research work is dedicated to external publics of extractive industries in Nigeria whose safety, survival, dignity and well-being are not paid sufficient attention by their benefitting guests”. This was a hard decision because I thought that I would use that space to honor my little children who were forced to bear the brunt of my academic sojourn.

I knew I had to keep my citizenship fervor at bay to be able to achieve a reliable research work. But like any Nigerian who wishes to march on the side of Nigeria, there exists an un-shelveable urgency on the need to know what goes on in Africa’s biggest Cement factory. This looms large on everyone’s conscience.

It is these astounding realities that have found their ways out and have now sparked serious conversations among Nigerians on the brand of capitalism going on in Nigeria and how deep the alleged collusions between business and government have been. In addition to the noble insights that academic investigations lend to nation building, Nigerians are asking questions about how businesses are run and what they truly owe their host communities and the nation. Although, I do not intend to use my work as a tool for any agitations that taxpayers pay government to solve, my experience on the field, makes it impossible for me to sit on the fence.

But let me briefly introduce an abridged version of how public relations and advocacy became a burden, and how Ajayi Crowther University offered a more advanced opportunity to explore.

Few years ago at Kogi State University Anyigba, professor Ogidiolu gave us dozens upon dozens of definitions of public relations. From the Mexican statement’s to Ajala’s, from Sam Black’s to Duyile, the streams of PR definitions almost never ended. In fact, prof almost drove us nuts when he hinted that there were over four thousand different positions on what the practice of public relations involves and entails. Thankfully, in our field, one hardly fails courses taken by older professors. Their experiences and capacity to help you internalize complex concepts, assumptions and propositions, coupled with their fatherly dispositions always came through for many.

But whereas a student may not have committed prof’s many definitions to heart by way of memorization, sheer exposures to class interactions and lecture notes helped one to imbibe a fair working understanding of what Public Relations is and what it is NOT. Therefore, the madness in today’s media space which has now blurred the line between PR and journalism and the encroachment into journalism derives from the expanding capacities of the ‘fifth estate’ whose social license confers untamed powers on it. Sadly, wherever you find untamed power, an overarching need for order beckons. In this instance, the need for the press as the watchdog to preserve its cherished long-standing nobility, becomes that overarching need. This means that there must be procedures, rules, regulations and enforcement. It is when this happens that public interest rather than the interest of the rich and powerful can be the overriding consideration whenever pen is to hit the papers.

But it must be noted that it is not only the media that need to play by the rules as it remains a timeless aphorism that absolute power anywhere corrupts absolutely. Therefore, no one should fail to keep in mind that the powers of government, media and of course businesses require the eternal vigilance of all, especially as Nigerians continue to complain of corporate thralldom in the full glare of governments. If their complaints are false, then the government has failed. If real, it also means that government has not done too well. Either way, the society relies on government for protections from both its real or imagined horrors.

My M.Sc. supervisor, professor Rotimi Williams found my interest valid, and so with his guidance, the study of the “Perception of Stakeholders on the Effectiveness of Community Relations Practices of Dangote Cement Company in Obajana, Kogi State, Nigeria” was birthed.

Thankfully, as a researcher, evaluating perception rather than actual evidence of performance meant that I was to see and measure things through the eyes of stakeholders rather than through my own eyes. But that itself made the whole thing tricky. It means that a sufficiently oppressed and repressed population will likely consider a crumb as a full meal course. And if, for example, my respondents so believe, then, so be it! Notwithstanding the constraints of the research design, a number of informal and undocumented observations became apparent. And I certainly admit it would require a totally different research objectives and instrument to be able to report and formal position taken. Nevertheless, they are astounding.

It is a tale of woe when it comes to the issue of potable water, motorable township roads, modern market in Obajana. For many of us, a community under whose soil billions of dollars are being extracted, it is our modest expectation that Obajana should have become a ‘small London’ of a sort, at least to show the world that Nigeria has learnt its lesson from the Niger Delta fiasco. Curiously, even though businesses are failing, there have been little to no dissenting voices due to the belief that brutal state powers are being deployed to silence those who dared demanded a fairer deal for the people.

Perhaps the assumption that the government of Kogi State has now had enough of these insinuations of collusions, which apparently has the potential to snowball into a formidable accusation and mass action, is true, or that the governor of the State truly could no longer find his sleep having sworn to not merely protect the lives of Kogites, their means of livelihoods and the dignity of their human persons, the decisions of the State to unmask the hitherto overlooked mystery around the more important issue of ownership and actual operations of the cement behemoth at Obajana has proven to be the most celebrated decision of the State.

Arguably the hottest media feast today, the Obajana debacle is a feast that has got journalism is wearing the aprons of PR, and in which public relations experts are now forced to clutch their PR textbooks with one hand and seek a positive and neighborly interchange with McQuail’s development media theory with the other hand.

But whichever it pans out, every single one of us must remember that posterity is a stubborn phenomenon.

Spread the love
Tweet
Previous PostOnly Share Bello Can Get From Dangote is an Empty Land and Pieces of Papers Handed Over in 2002 Next PostKogi Govt, Dangote Faceoff: 'This Fight Must Not End Under the Carpet' - Pastor Ajileye