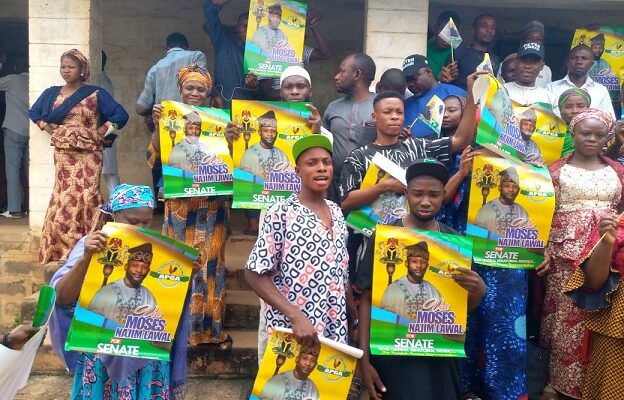 Labour Party Loses Over 500 Members to APGA in Okene

Ahead of 2023 general elections, no less than 500 members of Labour Party have decamped to All Progressives Grand Alliance (APGA) in Okene local government area of Kogi state.

Speaking at a colourful event to receive the defectors, the State Chairman of the APGA, Mr. Abdulazeez Arikora said the party is ready to make major impact in the next elections.

Arikora urged the new members to work for the victory of the party in the 2023 elections, adding that APGA is a national party, and not regional, as perceived in some quarters.

He said the party has fielded credible candidates for the forthcoming elections, describing acceptance of APGA as an indication that the party is gaining more ground in the State.

Mr. Abdulazeez also noted that the era of rigging elections has gone as the adoption of electronic transmission of result by the the Independent National Electoral Commission (INEC) is a milestone in the political history of Nigeria.

The Chairman pointed out that the Presidential Candidate of the party, Prof. Peter Umeadi is a man of proven integrity that has the wealth of experience to move the country to the Promise land.

He stated that APGA is doing well in Anambra and other parts of the country, urging Nigerians to support Prof. Umeadi’s candidature for improved security, economy and dividends of democracy.

He added that the room of the Party is open for progressive minded people of Kogi State, urging interested members of the public to join the party to move the State to enviable height.

The State Publicity Secretary of the Party, Kabir Shogudo said APGA is committed to tackling the present security crisis the country is facing if giving the power come 2023.

Speaking on behalf of the decampees, Isah Momoh said the leadership qualities of the Kogi Central APGA Senatorial Candidate, Mr. Moses Lawal endeared them to the Party, assuring of their total loyalty.

Momoh also promised to mobilize massive votes for the election of Mr. Mises Lawal to represent Kogi Central at the Red Chamber.