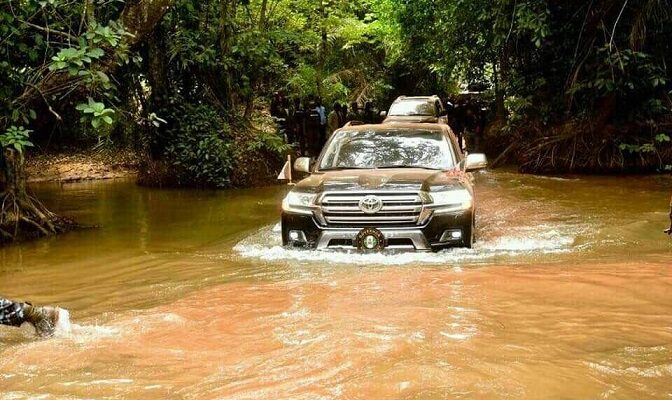 Putting the record straight on the speech of Gov. Yahaya Adoza Bello, during his visit to Ihima, Okehi Local Government Area of Kogi State for the flag off of the rehabilitation of government technical college and the volatile society of Ebiraland, Kogi Central.

His Excellency’s speech was targeted at the enemies of our noble state and the promoters of insecurity and sponsors of all forms of political crisis in the confluence State.

The chains of reactions that trails this humble submission of our leader, His Excellency Gov. Yahaya Bello, on the need for all the citizen of our dear State to embrace peaceful conduct in all their dealings and equally his warnings to those whose stocks in trade is promoting violence and crimes is totally uncalled for.

We must begin to reason as partners in the development of our dear state.

It is on record that Kogi State was adjudged as one of the most peaceful States during the 2019 General Election and in particular Kogi central, where a party SOCIAL DEMOCRATIC PARTY (SDP) without any major political and physical structure in the entire Kogi State came second in the Senatorial Elections with 48,326 compared to the ruling party ALL PROGRESSIVES CONGRESS (APC) which polled 76,120 to win the Kogi Central Senatorial Election.

May I on behalf of the leadership of the Kogi Development Initiative (KDI) call on the general public most especially all Kogites to disabuse their minds and make an unbiased and critical analysis of His Excellency’s said speech, not to start politicising the statement as widely did by the opposition political Parties in the state.

As this is not healthy for our state political and socioeconomic development.

We must begin as a people to appreciate His Excellency commitments and visible efforts in combating kidnapping and other crimes in our state which were at it’s peak prior to His assumption of office as the EXECUTIVE GOVERNOR OF KOGI STATE IN JANUARY 2016.

Today it is evidence that Kidnapping and other crimes are at low ebb in Kogi State by statistics one of the most secure States in Nigeria.

As the Chief Security Officer of the State, we should all be aware that His Excellency has more information on security situations in the State and as such he must be prepared to tackle them headlong as witness through his counselling in IHIMA on the need for all KOGITES to embrace peace and say no to violence most especially as we approaches the 2023 Election.