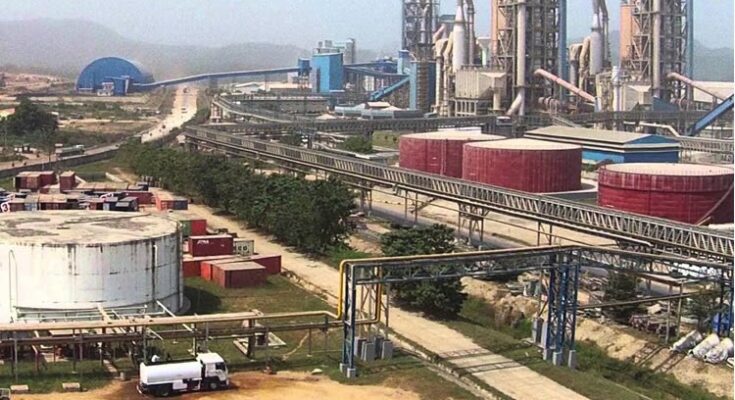 Kogi State Government, on Wednesday, urged the management of Dangote Group to ensure the cement factory at Obajana is shut down within the next 48 hours in honor of the legislative arm of government which ordered the plant sealed until the company furnishes the legislature with the requisite documents demanded by the lawmakers.

In a statement issued by the Commissioner for Information, Kingsley Fanwo, the state government pledged to defend and protect all government institutions against impunity.

According to the statement, Governor Yahaya Bello has directed that trucks loading cement that are impounded across the State be released with immediate effect to either return to the plant or go to their destinations peacefully.

“As a State, we must retain the peaceful and business friendly environment that have attracted scores of investment giants to the state in the last seven years.

“The Executive Governor of Kogi State wishes to thank the people of the state for their resoluteness in the ownership impasse between the Dangote Group and the State Government.

“While the State Government recognises the right of the citizens to peaceful protest as we witnessed across the state yesterday; we urge the people to remain civil, law abiding and give room for constitutionalism. Breakdown of law and order will not be in the interest of anyone as we hope to remain the most peaceful state in Nigeria.

“The Governor also wishes to assure the people of the state of his unwavering commitment to defending their interest without compromise. As the face of the struggle with the over four million Kogites behind him, he will ensure the interest of the state is defended with a high sense of integrity, responsibility and allegiance through democratic instruments,” the statement said.

Kogi state government called on the people to remain calm and law abiding as well as continue to have faith in the leadership of the Governor to deliver on the mandate of the people to take back what belongs to them.

“We also urge security agents to be on red alert to prevent anarchy in the face of the boiling anger of the people against exploitation and oppression. We can only win the battle ahead with cool heads. When our people come together like we are now, all we can do is win.”