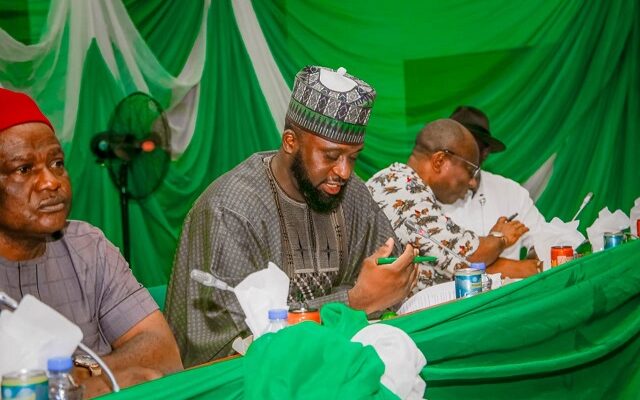 The lawmaker representing Adavi/Okehi federal constituency in the House of Representatives, Engr. Joseph Asuku Bello’s proposed bill for an act to provide for the compulsory teaching of vocational studies in the syllabuses of secondary schools in Nigeria got an overwhelming support at the public hearing held Tuesday.

The hearing which was chaired by the Chairman House Committee on Basic Education and Services, Hon. (Prof) Ihonvbere Julius, had representation from Ministry of Education, Nigerian Educational Research and Development Council (NERDC), Universal Basic Education Commission (UBEC), other related MDAs, private sector, civil society organizations, and professional bodies, many of whom were in full support of the bill.

Prof. Ihonvbere Julius, while making his remark considered it an honor and privilege to preside over what he described as a significant stakeholders interactive session.

“The need to make compulsory, the teaching of vocational studies in secondary schools has become extremely important in our educational system, and for us to grow and advance as a Nation, we have to prioritize and give special attention to skills acquisition for students, especially those in secondary schools,” he said.

Speaking at the hearing, the representatives of the Federal Ministry of Education, NERDC, UBEC and others expressed delight with the bill, saying that they cannot wait for it to become law because it will transform the nation’s education system.

The sponsor of the bill, Hon. Asuku Bello stated that the bill will not only mainstream the acquisition of vocational skills into the mindset of the youth at their very formative years but will position them for gainful employment and integration in the society.

“The bill when passed will make our youths more employable and self-reliant, it will equally stimulate economic growth which will in turn reduce the rate of unemployment, poverty, youth restiveness, insecurity and crimes,” he said.