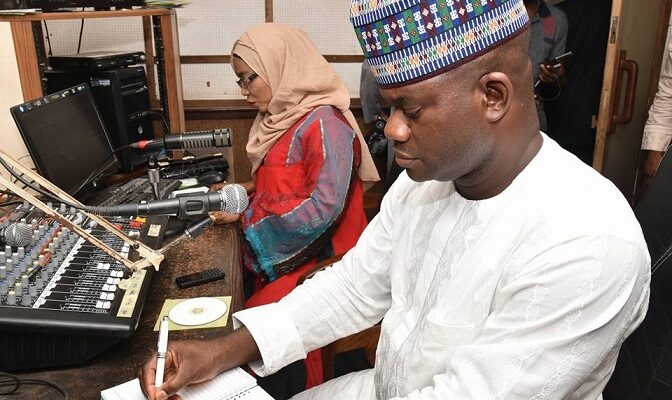 Kogi Government on Tuesday, opened tender for the purchase of transmitters for its Radio and FM stations.

Mrs Gloria Ojochogu-Amodu, the Public Relations Officer (PRO), Ministry of Information, made the disclosure on Tuesday, in a statement in Lokoja.

The News Agency of Nigeria (NAN) reports that Kogi Radio and FM 94 have been off the air for about six months now due to break down of the transmitters.

“But the cheering news is that today, Tuesday, Feb 8, a Tender Board Meeting is being held at the Ministry of Information and Communications in Lokoja, where the ministry has opened bid for the procurement of transmitters for the radio station.

“We have invited contractors to bid for the procurement of two 5KW transmitters for Kogi State Broadcasting Corporation,” she stated.

Ojochogu-Amodu said that the ministry’s Permanent Secretary, Mr. P. O. Stephen, was presiding over the meeting with representatives of the Bureau of Public Procurement,Ministry of Finance, Ministry of Justice, SSG’s Office, Due Process and the contractors to the biding in attendance.

According to her, the permanent secretary insisted that due process must be followed to see that things were done in the right manner with a call on the contractors to deliver a good job.

The PRO said that the permanent secretary was so elated and commended the Gov. Yahaya Bello for promptly releasing funds for the purchase of the transmitters for the radio station.

Ojochogu-Amodu gave the names of the companies that appeared for the bidding to include, Data Quest, Ecalpemos Technology, Hybrid Micro Machines Product and Riverdale Multimedia.