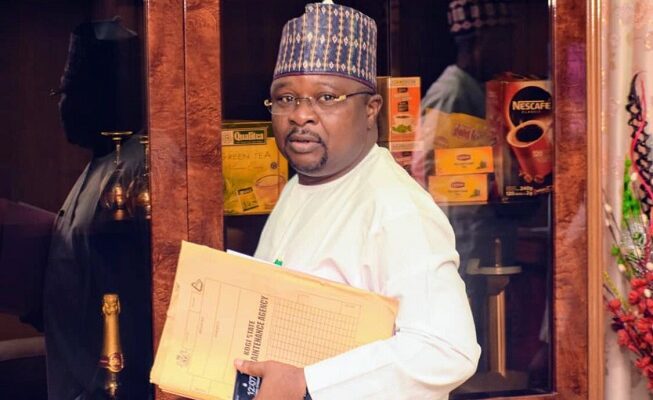 Kogi Central Senate Race: Time to Think Outside the Box

Kogi Central senatorial district is a region that is blessed with abundant opportunities in human resources, natural resources and socio-economic opportunities. The previous representatives of this region have tried their best and there is a need for consolidation of the feats recorded in the past. I am of opinion that much can still be achieved if the right person with the matching aptitude is allowed to represent the people of Kogi central senatorial district in the forthcoming 2023 general election.

It is no doubt that the problems facing the kogi central senatorial district are yet to be solved completely. the alarming rate of unemployment of our youths is a case that calls for urgent concern. The unemployment rate would have skyrocketed by 50%, safe for the intervention of Okada business opportunities and other menial jobs that have kept the youths engaged till now.

Water scarcity and unemployment are two issues that are synonymous to almost all the five local governments of Kogi central senatorial district, I have seen people make these issues their campaign points but suddenly reverse on the promises when they are finally voted into office. I think it is time we summon the courage to challenge anyone who aspires to represent us to not only promise mouth-watering dividends but explain and demonstrate to us how he/she intends to actualize such plans.

As the popular saying goes, _‘’ a leader is best when people barely know he exists when his work is done, his aim fulfilled, they will say: we did it ourselves.”_ in my honest opinion, I think the people of Kogi central deserves more quality representation – someone who is not only going to promise us with words but someone who has a proven track record of walking the talk. I find it alarming that for years we’ve continued to shy away from basic issues confronting our people, issues bothering on decent infrastructural amenities and human capital development.

There is more to representation than an initiative that focuses on the distribution of sewing machines, grinding machines and motorcycles. we need to start thinking of long-lasting solutions to our problems; for once we need to think outside the box. the forthcoming 2023 election is going to serve as a life-changing threshold for our people.

I believe that what the Kogi central people need at the moment is a leader whose aspiration speaks hope to the needs of the people. Someone who can practically turn around the situation without finding excuses. Engr. Ohere has exemplified the qualities of a worthy servant, he has long submitted himself to the people. his agenda and track records speak hope to the aspirations of our people and above all, he is surrounded by people who are not out of sync with the challenges facing our people. I wish to see an accessible and impactful leader representing us in the red chamber come 2023, a leader with whom we will all be able to register our suggestions and complaints regarding how best we can get our people out of the perpetual debacle of misrepresentation.

Engr. Abubakar Sadiq Ohere has spoken about numerous impactful ideas he wishes to actualize, if given the opportunity to represent us – one of such is an employment trust fund to create jobs for the large numbers of our unemployed youths. while we are waiting for the Federal Government to provide jobs for our people, we need to make efforts on our part to complement the Federal Government’s efforts. I believe in the possibility of having an industrialised constituency that can help in creating employment opportunities and economic benefits for our people.

To be sure, we have a great chance of achieving those dreams. We have some unique competitive advantages that make those dreams within reach: we have well-educated and hardworking youths who are ready to work if, given the necessary support, we have an economically viable Local Governments which forms part of our senatorial district that has contributed immensely to revenue generation in the state.

We need to find a connecting dot between the abundant human resources and the economic opportunities abound in our constituency, if we all agree that we have the population then we need to maximise the opportunities that come with the numbers by voting the right candidate to represent us. That candidate with the magic wand is Engr. Abubakar Ohere.