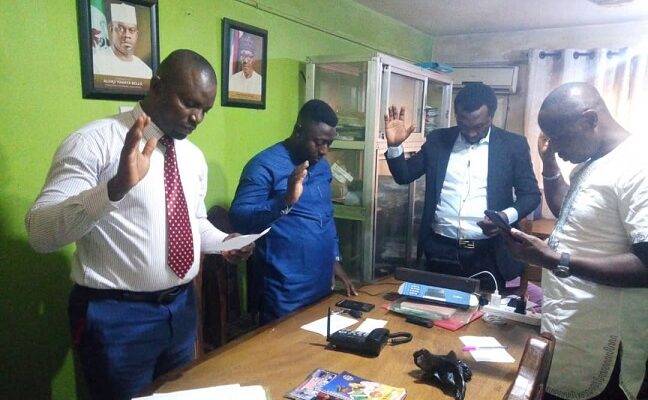 Dr Baoku and other officers were elected during the 2022 NMA’s AGM/Scientific Conference in Lokoja.

In his inaugural speech shortly after his swearing-in on Thursday, Baoku commended the electoral committee for conducting a free, fair and credible election acceptable to all.

He appreciated the immediate past chairman and other officials for their innovations and achievements recorded while in office, and promised to sustain the gains and build on them.

Baoku solicited for the support of all NMA members as well as the co-contestants, to join hands with him and the new exco in uniting all NMA affiliates and improving their welfare for effective service delivery to the good people of Kogi State.

He further solicited for the support of the medical elders and leaders to initiate a reconciliation process in uniting all NMA members foster unity among its affiliates and resolve all issues.

He restated the commitment of the new exco to sustain the gains and build on the legacy of previous executives of the association in the state.

He promised to aggressively tackle quackery in the medical profession in the state by collaborating with the State’s Commissioner for Health, to identify and fish out quacks to ensure sanity in the system.

The swearing in ceremony, which was hybrid had in attendance two past Presidents of NMA: Prof Mike Ogirima and Dr. Idris Omede.