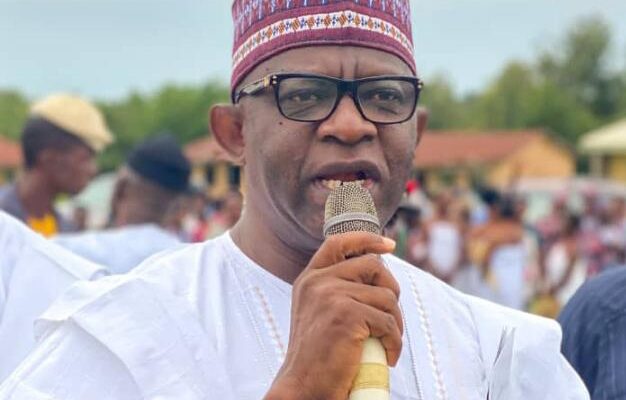 Hon Sunday Karimi, two-term member of House of Representatives and a leading aspirant for Kogi West Senatorial District election in 2023 has been touted as the prefered candidate of the All Progressives Congress (APC) hierarchy and the Kogi State seat of power.

The Indications emerged on Thursday following a meeting of APC stakeholders held in Abuja Wednesday night.

The meeting, which had all the senate aspirants from Kogi West in attendance was said to have been at the instance of Governor Yahaya Bello.

Although the much touted “Unity List”, said to consist names of Consensus Candidates for each of the three senatorial districts, federal and state constituencies did not materialise, insiders informed our correspondent that the list eventually was channelled through party organs at the various levels in the state, appointees and the council chairmen.

At the meeting, the governor was quoted as appealing to APC stakeholders that following the seamless processes of the senatorial primary election of the opposition Peoples Democratic Party (PDP), in Kogi West, which produced House of Reps member, Hon Tajudeen Yusuf, the ruling APC could not afford to go into this weekend’s Primary to elect its candidates for the Senate, House of Reps and state assembly without considerations for consensus.

Yagba is yet to produce the Senator of the zone since the advent of this democratic dispensation in 1999.

Governor Yahaya Bello is said to be favourably disposed to Yagba producing the next Kogi West senator, hence the endorsement of Karimi, who is seen as a formidable contender from Yagba and considering his experience as a two-term Rep.

The development, it is gathered, is aimed at pruning down the number of aspirants from Yagba from five to one, so as to boost the chances of the federal constituency at the primaries slated for Saturday, May 28.

It is not confirmed yet if Karimi’s co-centestants for the APC ticket agreed to the consensus arrangement at the time of this report.

Alsi, efforts to reach Karimi by our reporter failed as he neither picked his calls nor responded to text messages seekiing his views on his reported endorsement as the APC consensus candidate by the Governor.