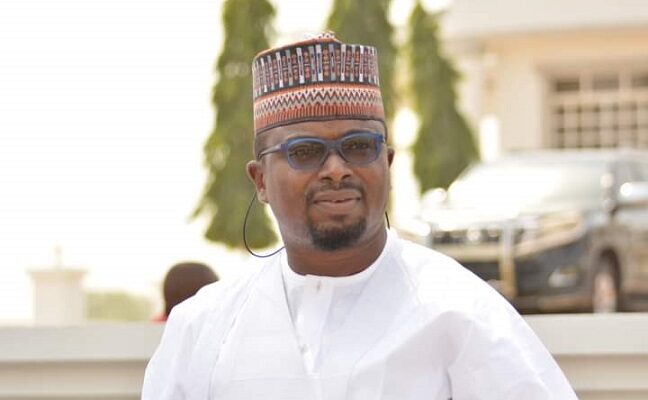 An Open Letter to the Executive Governor of Kogi State, Alhaji Yahaya Bello on the Imperative of Electing Competent, Credible and People Oriented Flag Bearers on the Platform of All Progressive Congress, APC

Writing an open letter has never been my ordained custom of ventilating my opinions nor a potent means of communication, especially when the letter is addressed to the number one citizen of my dear Kogi state who also doubles as the  state leader of our great party, the All Progressive Congress.

However, the urgency and the imperative of some salient issues contained in this letter which bother on the soul and destiny of our great party, the APC necessitated my choice of this medium considering the velocity through which news can easily spread on social media, hoping solemnly that this will get to your table at a desired time.

As a key stakeholder, a grassroot mobilizer and a stalwart of our great party, It is therefore important that I lend my voice to some existential issues that may define the trajectory of our party’s prospects in the 2023 general elections if they are not properly handled with care and with  proactive strategies.

Your excellency sir, an innate attribute that have grown to be the main stream of your leadership style of which even your political enemies can not deny is your ability to carry people along by conglomerating them irrespective of their religions, regions and backgrounds. This has further cemented your leadership drive as leadership in itself stands on the tripod of influence.

Mr Governor Sir, with the Primary elections of our great party commencing tomorrow and some news springing out of the state as regards the model of conducting the elections, all eyes are now on you to show leadership and work towards the progress of our great party while ensuring the preservation of Democratic norms and principles.

My Governor sir, may it be known to you that, the prospect of a political party winning an election begins with the decent and holistic model and method it conducts its primary elections. While political parties provide the platforms, candidates who fly the party’s flag are deciding factors as to whether or not the party has chance of winning the main elections. The crown of victory, therefore lies on the personalities elected during the primary elections.

Your excellency sir, according to some news in some sessions of the media especially the social media, the state chapter of our great party , the APC  which has strived so far under your prodigious leadership, is reported to have endorsed the candidacy of selected individuals using a nomenclature , Unity list. While the veracity of this unity list has not been confirmed, it suffice it to say that, endorsing selected individuals at the eleventh hour of the primary election may be  deemed tantamount to imposing those selected individuals on the party at the peril of other party’s faithfuls.

Ordinarily , your excellency sir, primary elections could be direct, indirect and consensus based depending on the style that suits the party’s stakeholders pursuant to the party’s internal roles and regulations. However, the focal objective should be tailored towards nominating credible, efficient and patriotic candidates that will face opposition parties in the main elections with their heads up.

Your excellency may wish to know that even though the APC is the ruling party in the state,  you being the governor is not the one flying all the tickets for the general elections and  therefore, it becomes extremely expedient that party looks inward towards ensuring the nomination and the election of credible candidates based on their credentials and antecedents. This is even worrisome considering the manner  the main opposition party, the PDP, conducted their legislative primaries and the calibers of candidates that emerged. A victorious football team must face a soccer duel with it’s best legs which is known in the soccer parlance as the first eleven. If our first eleven are imposed on us, the chances are there that we may score an own goals which may define the beginning of our electoral fiasco.

Your excellency sir, beyond the glamour inherent in the name of political party, electorates now vote more based on candidates’ credentials, candidates’ abilities to deliver democratic dividends to the people and how those candidates have hitherto pallied with the electorate. An ambassador must first be known by its own people. The party has no future giving its platform to strange faces to run. It will also not have future giving its Honourable platform to a set of people who may not bring victory to the table.

As I drive home my point, Mr Governor may need to be informed that, the number of seats won by the opposition people’s Democratic Party, PDP during the local government elections in Kaduna State is a testament to what may happen in 2023 in the state if the square  pegs are not put in square holes. It may also interest you to know Mr Governor, that the APC lost some important area councils in Abuja during the recently conducted election to the PDP  because of the imposition of candidates. Typical of this was the AMAC area council which the PDP candidate grossly decimated the APC candidate.

While one’s interest remains a golden factor in political decision making processes, such interest should be guided to suit the enhancement of Democratic principles while ensuring the longevity of our party’s influence. The primary elections in itself is the first step of access to electoral gateway what will then determine the barometer of our victory lies in the hands of the people that will emerge during the primary elections. Give the chance to people of honour, there will bring honour to us. Give the platform to people with victory mindset, they will bring victory to us.

To have a large chance of winning, give us credible candidates

To avoid member’s exodus to another party after the primary elections, give us candidates with credentials.

To give a good fight to our opponents during the main elections, provide for us patriotic candidates.

But imposition of candidates will not only cause disharmony within the party but  may also cause explosion of inhouse conflict, and will make us to dance naked before the camp of our political foes. It will wateroff our winning strategies and cause us electoral paralysis.

While wishing you the best in the forthcoming presidential primary election of our great party, please accept the assurances of my loyalty, commitment and love  to the party and the destiny of Kogi state.