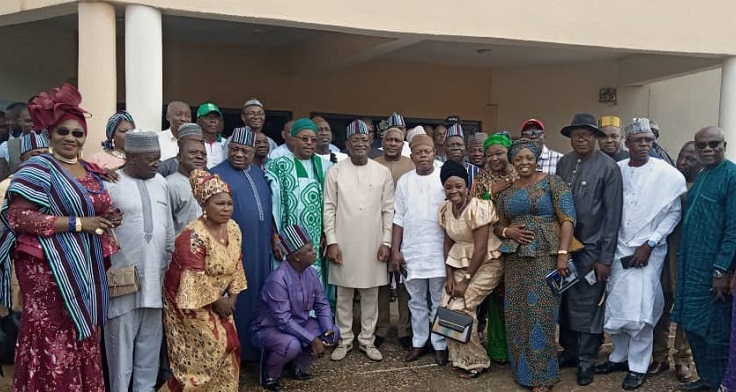 Other officers elected are Ocheja Attah as Secretary General, Asst. Sec I is Barr.Amodu Ogacheko, Asst. Sec II is Halilu Atta  while Treasurer position is clicked by Jummai Amaje as the post of Financial   Secretary had Ibrahim A. Idakwo.

According to the statement, PRO/social secretary had Godwin Musa Egbunu and Asst. PRO is Mohammed Ejimah while Sports Secretary is Henry Ameh.

Inaugurating the new Executives, Barr. Prof. Benjamin Ogwo commended the BoT Chairman and members for adopting a sound electoral process that ushered in the present National EXCOs and urged them to keep up the tempo.

The New ISCCOSA’s National President Mr. Sunday Attah  in his acceptance speech thanked  the out gone EXCOs for their outstanding performance that led to  remarkable achievements so recorded.

What the National body achieved under the leadership of Mr. Tijani Okolo was solid and enormous and he urged the new Executive and entire members of ISCCOSA to give him maximum cooperation to consolidate on the current achievements.

He further emphasized that any member can be called anytime service on any project committee at all times.

The President advised the local branch of the ISCCOSA to be on ground for sustainable progress as the unity of home based gives alumni association a formidable strength.

In another development the Association paid a courtesy visit to the Atta Igala, His Royal Majesty Dr. Matthew Alaji Opaluwa Oguche Akpa II. The spokesperson who doubled as the Chairman Idah Secondary Commercial College Old Students Association’s Board of Trustees, Dr. Tony B. Ogboji   briefed HRM on the activities of the Association and thanked him for return of peace to Igala kingdom. The BoT Chairman formally introduced Mr. Sunday Attah as the new National President of the association.

In his response, His Royal Majesty admonished the alumni of Idah Secondary Commercial College to unite and shun all tendencies that are inimical to the progress of the association.

He prayed for continuous harmony that existed before their Annual General Meeting and wish them journey mercies back to their various destinations.