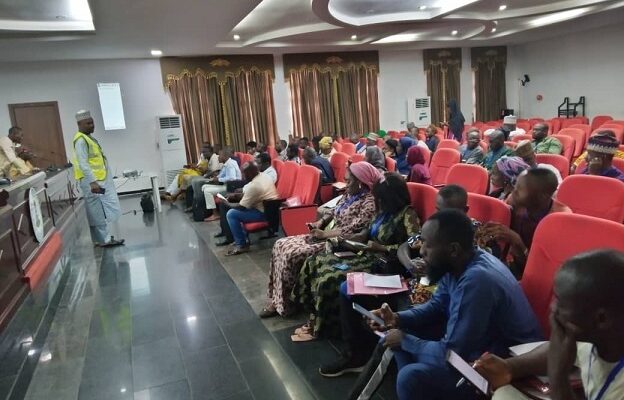 Kogi state Team Lead and HYPPADEC’s Director, Finance and Administration, Jimoh Haruna Gabi,
disclosed this at the end of the training on Thursday in Lokoja.

Gabi said the programme was aimed at training the enumerators to collect useful data from riverine communities affected by flood, assess and articulate their needs for deployment of interventions to assuage their pains.

He said that flood and other ecological disasters had affected homes, markets, farmlands, health and educational facilities in many communities in the riverine areas of the state devastating their sources of livelihood.

He said that it was against this backdrop that the training of enumerators for needs assessment programme was conceived to generate data and ascertain the extent of damage in various communities.

“So, through the data collected, we can know what the communities actually need not what we think they need.

“So, the trained enumerators, on getting back to the communities, will move around and collect data for us to forward to the management which will study and know areas to deploy interventions,” he said.

On the mode adopted for recruitment of the enumerators, the Kogi Team Lead said each of them had a minimum educational qualification of National Diploma and were drawn from the 10 Local Government Areas of the state prone to flooding.

Gabi stressed that the commission was handling the programme in synergy with relevant stakeholders, including traditional rulers, community leaders and the Police, adding that the stakeholders were enjoined to sensitize members of their communities.

Also speaking, Alhaji Isa Ozi-Salami (OFR), HYPPADEC’s Board member representing Kogi, said the training of enumerators was part of strategic plan to proffer solutions to the ecological challenges saying, “it is from planning that we can set realistic targets.

“If we have little resources we deal with the priorities, the preferences and what will touch more people and then we will be appreciated by the people and the government will be commended.

Alhaji Abdulrazaq Isa-Koto, the Ohimege-Igu of Koton-Karfe, while narrating his experience, said, “last week within the town, houses were submerged and it got to the extent that it was only the will of Allah, else the Federal highway would have been submerged too. So, it is that serious.”

Chief John Egwemi, Eje of Ibaji, speaking on the onslaught of the flood in his domain, lamented that his palace was submerged, saying, “Our cry now is because of the magnitude. It comes so early and before you know it, the whole place is flooded and many things are devastated.”

The News Agency of Nigeria (NAN) reports that although flooding had become a recurring decimal with the perennial release of water from the dams on Rivers Niger and Benue, it became more devastating in 2012, 2018 and 2020.