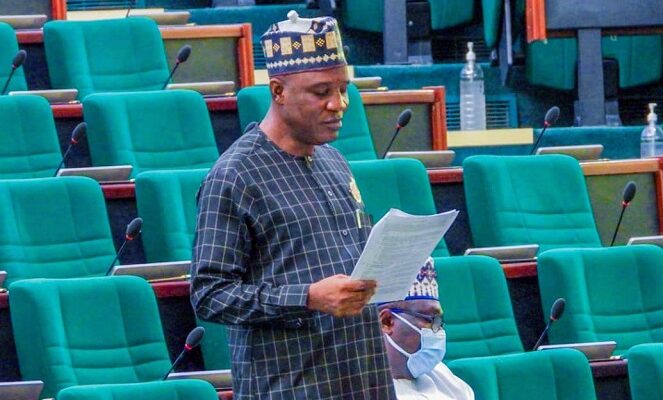 “We must find time to stop and thank the people that make a difference in our lives” – John Kennedy.

Hon Abdullahi Ibrahim Halims, the Chairman, House Committee on Mines and Steel is not a man you can catch at a bad time. With him, there is simply no bad time or so it seems. He always has something nice and kind to say to everyone, he is indeed a people representative giving every of his constituents hope and a sense of belonging.

In 2019, he was elected representative for Ankpa/Omala/Olamaboro federal constituency under the APC. A victory that did not come easy but through phases of intriguing and turbid litigation, the storm of which he was finally able to weather.

The constituency and Kogi state as a whole are better for it for here is a representative who needs all the focus and confidence he could muster to purse the development strides for his people.

Halims is not a new man in congress. 2003 marked his first stint as congressman, during which time he represented the good people of Ankpa 1 constituency in the Kogi State House of Assembly. He repeated the same feat in 2007, 2011, 2015  until his astounding win in 2019 into the Federal House of Representative to represent the good people of Ankpa/Omala/Olamaboro Federal constituency.

Halims serve on a number of important committees in the House of Representatives. It was feared that his defection from the PDP into APC which indeed was as a bold and moral reaction to the strangling influence of the PDP leadership in Kogi state at the time would put him at odds in the House. But unsurprisingly, Halims has been able to deploy the benefit of his previous legislative wisdom and experiences to key into the workings of the House. His charisma, flamboyant personality and economic eloquence has ensured that he is part of every important circle in the house and his constituents find him so endearing because of his signature philanthropy and empathy with the downtrodden. He is also a member of the house committee on petroleum.

With legislative interests on institutional reforms and infrastructural development, Halims has initiated a number of MDGs project such as building and renovation of classrooms,  Construction of Roads, provisions of mechanised boreholes, medical deliveries, electrical transformers, solar lights etc into his constituency. He has helped find employments for many youths of his constituency and giving many households a chance for a decent life. There are instances where he is said to have followed applicants to job openings for a direct intercession.

his, then, would explain why the name Halims evokes a feeling of pride among the youths.

The Honourable member has carried on every duty with consistent energy, persistence and character and is arguably the most outspoken, stormy, easy going yet heroic of present day Kogi politics.

Halims has vowed in a loud and hearty voice to pursue the matter of development in all its ramifications, even if its the only thing he  will do. Certainly, if he is able to do that, history will remember him in golden pages. But for him to succeed, the rest of us must borrow from Archimedes wisdom, “give me a lever long enough and a fulcrum on which to place it, and I shall move the world”.

We must stand in solidarity with Hon Halims