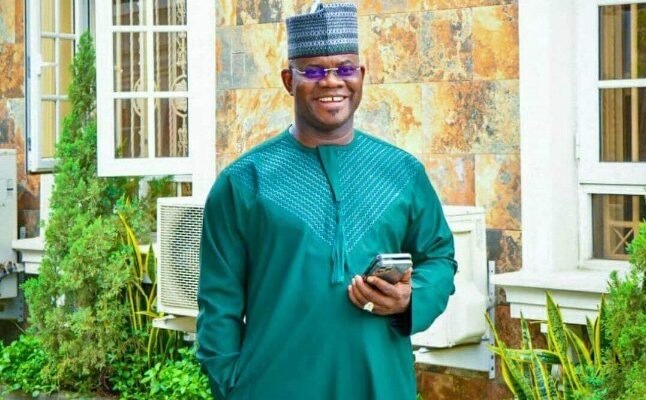 Gov. Yahaya Bello and the Fight Against Political Insecurity

The huge flooding recently recorded in Kogi state has highlighted how strategic and important Kogi state is, as a confluence town and a major linkage between the North and the South. Kogi needs to be declared as a disaster zone and adequate attention should be dedicated towards ameliorating the very tough times being suffered by the people. The state government is doing its bit, but there is more work to be done by the relevant federal agencies like NEMA, National Emergency Management Agency, and the Ministry of Humanitarian Affairs, Disaster Management and Social Development, FMHSD, under which NEMA is housed.

Kogi has been in the front burner for so many beautiful reasons, underlined by the recent Presidential Award for Excellence in Public Service to the Kogi state governor, Alhaji Yahaya Bello, for distinguishing in Security Management. Since assuming office on January 27, 2016, Governor Yahaya Bello has been widely acclaimed as the ‘most security conscious governor’ for his onslaught against crime in Kogi state, which has made the state one of the finest industrial hubs in Northern Nigeria.

On August 3, 2022, in a piece titled, ‘Tackling insecurity: Successes of the Yahaya Bello model’; we highlighted that “The standout aspect of the Yahaya Bello revolution in Kogi state is the preservation of law and order, keeping at bay the very numerous security threats that the country as a whole is grappling with.” Governor Yahaya Bello credits this to the administration’s resolve in enhancing citizens’ involvement in the fight against insecurity.

Security roles were assigned to 5000 youths in the state after engaging youth minds in decision making on security issues. The youths were engaged in vigilante groups and incorporated into anti-kidnapping squads. Local government chairmen and traditional rulers are also part of the new security apparatus. Highway vegetation was cleared to reduce the attacks from kidnappers that usually pounce on unsuspecting travellers. Heads of security agencies in the state have at several times hailed the passion of the governor towards securing the lives of citizens and other dwellers in the state.

They specifically commended the synergy between Governor Bello’s security template and their agencies’, which has contributed immensely towards addressing various security concerns In the state. Over 200 security vehicles were purchased to aid the agencies in their security intervention endeavours in the state.

Despite all that has been achieved, political gain along with other machinations towards the next elections is threatening the status quo. Some antagonists of the peace and well being of the state have gone to work, to diminish all the good that has been done, in making Kogi a safe haven for business, agriculture and youth empowerment. The state Commissioner for Communications, Kingsley Fanwo, in a statement on October 30, 2022, expressed the state government’s worry that some elements in the state were trying to rewind the successes recorded so far.

The security enjoyed is largely responsible for the presidential recognition for the state. The commissioner on behalf of the state government had asked that Mrs Natasha Akpoti Uduaghan, a PDP senatorial candidate in the state who had before now contested for governorship, be invited for questioning, over alleged terrorism related activities, along with other bigwigs in the party. He believes that Natasha’s and other PDP elements’ actions and utterances, seeking the release and exoneration of an arrested terrorist, Safiu, was an indication that they perhaps may have a relationship as far as terror in the state is concerned.

Natasha had sent several messages to media houses, asking them to ignore a valid report of the DSS raid on Tradermore Estate in Abuja where the said terrorist was nabbed. They then went further to insinuate that the suspect was arrested because he had defected from the ruling APC to the PDP. This is not only disingenuous but a deliberate attempt to undermine the government’s efforts in order to gain political ground or favour. This particular terrorist had been linked to various terrorist acts in the state, including the Kuje Prison break in the Federal Capital Territory and the deadly Owo Church attack in Ondo state that led to the death of many worshippers.

Political terrorism is alarmingly on the rise and the killings and unrest that have plagued Nigeria, in the camouflage of religious fundamentalism, as well as self-determination, have encouraged and sustained an asymmetrical warfare that has claimed either as many, or even more lives than the Nigerian civil war. The politics of bitterness, emblazoned by sore losers, in a do-or-die affair, has impeded our yield in democratic dividends. For long, terrorism has been used by foreign countries to undermine the sovereignty and economic sustenability of certain targeted nations, as they usurp the powers of their governments’ and their resources.

Locally today, same tactics are used to gain political advantages as governments in power are plagued by domestic security challenges, just to hang them in the court of public opinion. Is that what is playing out in Kogi? Recent developments in the state may hamper the gains in stability, that have rescued the state from the gorges of political or artificial insecurity. The security agencies that have hailed Governor Bello before must collaborate with his government to weed out these unscrupulous elements that are bent on taking the nation back to the years they flourished, while the nation continues to suffer.