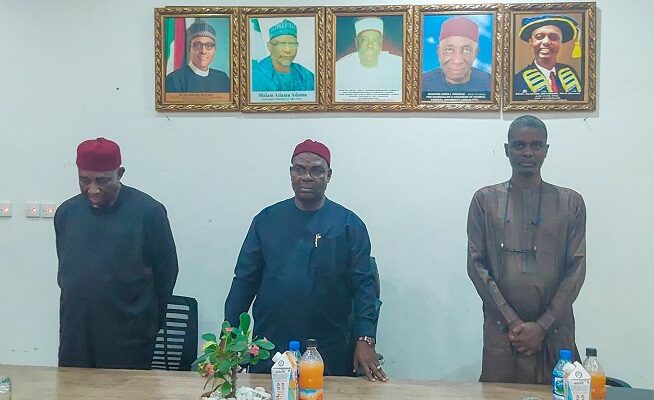 The Minister of State for Education, Goodluck Nanah Opiah has commended the team spirit between the Vice Chancellor of Federal University, Lokoja, Prof Olayemi Akunwumi and the institution’s governing board..

Opiah, who made this known when he visited the university on Friday, said the management is very committed towards up-lifting the institution.

He pledged to use his good office to attract accelerated development to the young University.

He assured the university that federal government will ensure the speedy provision of perimeter fencing in view of the security challenges bedeviling the nation today.

The minister, however, slammed the Academic Staff Union University (ASUU) over the lingering impasse between the union and the Federal Government.

Opiah, while expressing dismay over the 201 days old strike embarked upon by ASUU since February 14th, 2022, said the Federal Government has done his best to resolve the issues raised by the striking lecturers but they have been adamant to call off the strike.

According to him, the Federal Government cannot pay lecturers for what they did not work for, adding that the strike has continued to portrayed the country in bad image and has succeeded in causing more pains for parents and students.

He said the federal government has done so much on infrastructural development in all higher institution across the country.

He charged the Vice Chancellor of FUL, Prof. Olayemi Akinwumi to appeal to lecturers to come back to work, adding that there prolonged stay at home has done more harm than good to the future of Nigerian students.

His words “The Federal Government led by President Muhammadu Buhari has done so much especially in infrastructural development in our tertiary institution. Because, anywhere you go, you will see the presence of TETFUND, buildings, vehicles and all manners of institutional assets.

“Those who think that lack of infrastructure is one of the reason they went on strike should think again. Mr Vice Chancellor, let me use this opportunity to appeal to you, to also appeal to our lecturers to come back to work because our children are suffering.

“Our country image is going lower. Our parents are not happy, and this lecturer are also parent to some of our students. Contrary to what they think, some of us also have our Children in Nigeria University and they are also suffering.

“Although, if we stay on strike forever, it means our Children will be out of School forever. It is not in our own interest. There is nothing that has gone wrong that we cannot get corrected through dialogue. I know that, almost everything that ASUU brought forth for discussion between the Federal Government has been resolved.

“Except that, now that ASUU want to be paid for all the six month that they were absent from duty. And the Federal Government is saying no we cannot pay for those days you did not work. For once, let us activate the principle of no work no pay which is natural. It is only a thief that goes to eat where he didn’t work.

“And so if there should be any appeal for Federal Government to do otherwise, Lecturers should come back to the class room to beg and appeal and renegotiate because this thing is no longer funny”.

Earlier in his remarks, the Vice Chancellor of Federal University Lokoja, Prof. Olayemi Akinwumi while appreciating the visit of the minister said the present management have sacrifice a lot to bring development to the institution. 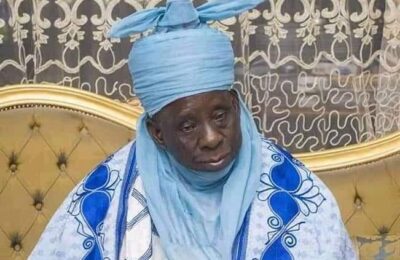 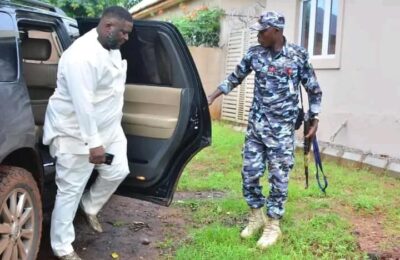 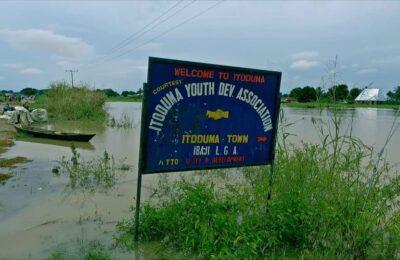