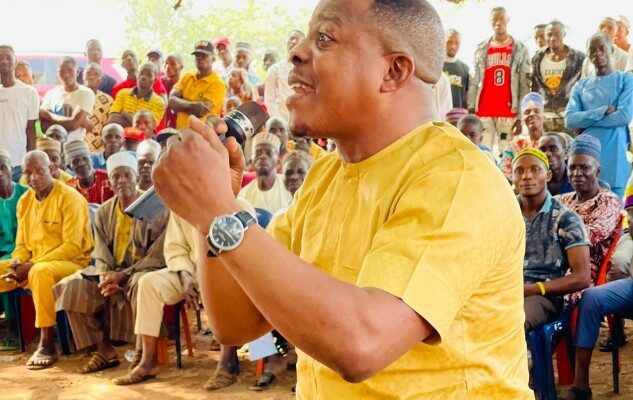 Dekina/Bassa: Group Writes APC, Others, Says Usman Austin Okai is The Most Qualified

Dekina Vanguard Initiative (DVI), under the leadership of Enemona Enemakwu, yesterday wheeled an opportunity to inform the candidate of the All Progressives Congress, APC, and other political parties ahead of the Dekina/Bassa federal house of representative election billed for February 2023 that the constituency have resolved to elect Hon Usman Okai Austin.

According to the group, the inhabitants of Dekina/Bassa have long been starved of dpemocratic dividends, arguing that it’s now time to pave the way for a young, vibrant, articulate and vocal leader like Hon Usman Okai Austin, who has over the years fought vigorously for the masses.

“We’re conscious of what is at stake ahead of the all-important showdown at the polls in February, we’ve also painstakingly taken our time to reflect on who’s emergence will serve the best interest of our people and we resolved to rally round Usman Okai Austin, who has proven his worth in recent times.

“Without sparks of doubt or skepticism, I’m writing to inform other candidates jostling for the position that Usman Okai Austin, is the most qualified and should be given the chance to digitally represent his people.

“We know the history of our constituency and how bastardized rulership attempted to ruin its rich historical antecedents. We can’t afford to make a costly mistake now that the opportunity to restore our lost glory is before us,” Enemona Enemakwu said.

The group called on well-meaning inhabitants of the constituency to throw weight behind the candidate of the Peoples Democratic Party.