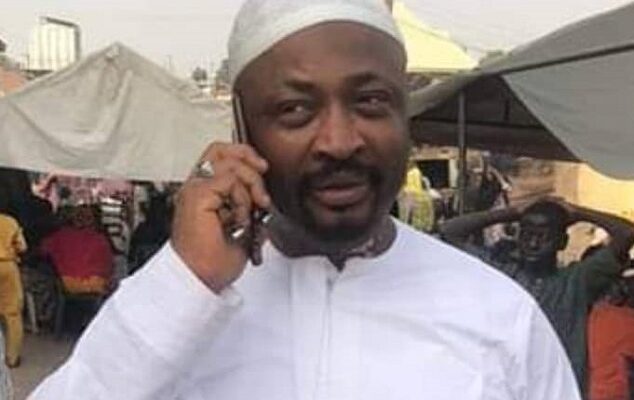 The consultant on Forestry and Produce to Kogi State Internal Revenue Service, Alh. Adams Bakaso, popularly known called Comrade Quincy, has been conferred with a Special Community Service award by the LikeMinds Association of Lokoja at the weekend.

Announcing the award, Hon. Adams Bakaso was described a philanthropist that has also touched the lives of indigent women particularly those of them that are low-income earners trading in local markets in and around Lokoja and Kogi LGAs through soft grant empowerments, widow support grants, youth entrepreneurship and mentorship.

It stated that Hon. Quincy Adams in his passion for education and knowledge, has supported scholarships to students of secondary schools around Lokoja Local Government Area. This is to underscore his strong believe in education as the bedrock for any meaningful national development.

Hon. Adams Bakaso has brought his strong expertise into the management of Kogi State forestry revenue collection through the use of technology and efficient manpower. He is at the helm of affairs of this department for Kogi State government and his leadership has shown a tremendous increase in revenue generation since his appointment into this office by the executive governor of Kogi State, Alhaji Yahaya Bello.

In a well presented citation at the award presentation ceremony, Hon. Adams Bakaso Danfulani was said to have been born in Lokoja , Kogi State on the 26th December, 1980 to the famous family of Alhaji Ahmed Bakaso and Hajia Maimunat Ahmed Bakaso. Hon. Adams Bakaso Danfulani is a Nigerian businessman, politician and entrepreneur who has transversed the length and breadth of Nigeria; building businesses, relationship and creating wealth. He is the Founder and Chief Executive Officer of Quickbaks Ltd.

Hon. Adams Bakaso Danfulani was influenced by his passion for business which made him to delve into business after his graduation from school by linking developers to suitable lands in Lokoja, Abuja, Port Harcourt, Lagos and all over Nigeria as a land agent under the Chairmanship of Late “Hon. Bala Land”.

His unflinching passion for business led him to build many other businesses which are flourishing all over Nigeria; most prominent is his investment is in the oil sector as a top vendor with Walter Smith Refinery also owned and operated by an indigene of Lokoja.

As a strong member of the All-Progressives Congress (APC), he offered himself as a link to the centre and a reconciliation czar with a bid to make the government serve the people better.

In his message at the event, the Chairman of the Likeminds Association of Lokoja, Mr. Dalandi Lakpini explained that the association is a coalition of friends with the common interest of unity, peace and the development of humanity.