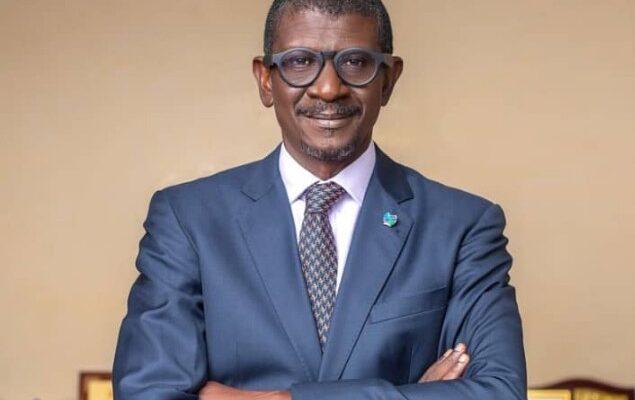 The Managing Director of BroadField Hotel who doubles as the Dan Darman of Lokoja, Barr. Nasser Ahmed has on behalf of his family and thousands of his fans congratulated the Managing Director and Chie Executive of Nigerian Export Import (NEXIM) Bank, Mr. Abba Bello on the occasion of his birthday.

In a birthday goodwill message, Bar. Nasser said good men with quality contributions to humanity should be celebrated while they are alive rather than paying posthumous tributes after their death.

“Indeed, eulogies and tributes are better shared and paid during the lifetime of individuals whose life and daily dispositions have contributed to the upgrade of hope for humanity as well as societal sanity. People in this category should be celebrated while they are alive.” Barrister Nasser said.

Describing Mr. Bello as a living legend and man of integrity with unwavering loyalty to friendship, Bar. Nasser said, having known Alhaji Bello for Years, he always stands for what he believes to be just and upright.

“You are a living legend with magnetic influence, unwavering loyalty and unbendable reliability and today being your glorious birthday offers me the privilege to celebrate you and tell the world the enterprising part of you they may not have not known. If integrity is a currency, I do know that you will not trade it on any (life) stock exchange platform.”

Bar. Nasser who further poured out eulogies in honour of his friend said, “My beloved Friend and brother, through you I have come to know that friendship is a journey that is fueled by trust and loyalty amongst the parties involved. My closeness with you for many years has proven that, you are among a few people on earth who are selfless and have the capacity to bear other people’s burdens as theirs. One who feels the pains of others and who can go all out to offer help without recourse to personal benefit.”

While wishing him long life and prosperity, the Dan Darman of Lokoja said Abba Bello is a good family man as well as a consummate banker.

“Abba Bello is a thorough and consummate banker, a great family man
And a very thoughtful person that always brings a breath of fresh air wherever he finds himself. He is a catalyst of change.
I wish him a long life and prosperity.