Home News Nasser Ahmed: The Tinubu Campaigner With a Difference 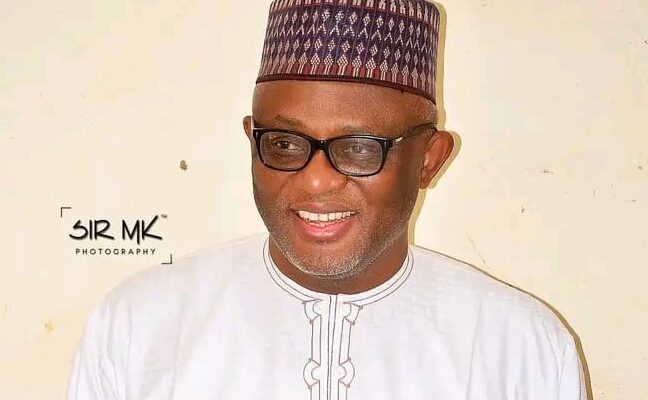 Nasser Ahmed: The Tinubu Campaigner With a Difference

The 2023 Presidential election is fast approaching and a lot of endorsements are taking place. It is obvious that depending on which side of the political platform one belongs, it indeed signals to many where the political pendulum seems to be swinging.

The Nasser Ahmed for Tinubu/Shettima campaign organization which was recently launched has endorsed the Presidential candidate of the All Progressive Congress in the 2023 election, Asiwaju Bola Ahmed Tinubu and his vice-presidential candidate, Sen Kashim Shettima as the candidate to transform the country into one of the most developed countries in the world.

This endorsement by the Nasser Ahmed 4 Tinubu/Shettima Campaign Organization to many is of great significance as it indeed signals the end of the dreams of the other candidates in the election and the beginning of the preparations for the swearing in ceremony of Asiwaju Bola Ahmed Tinubu and his running mate, Sen Kashim Shettima.

The Nasser Ahmed 4Tinubu/Shettima campaign organization which is the brain child of a well known businessman turned politician, Alhaji Nasser Ahmed, was one of the widely covered and studied developments of the present political endorsements of the APC candidate, Asiwaju Bola Ahmed Tinubu.T

he reasons are not far fetched. Alhaji Nasser Ahmed is one of the most revered political leaders in the Nigerian political environment who built his name from his successful businesses scattered throughout the length and breadth of Nigeria. Described by many as one of the present most influential politicians that have the capacity to influence the voting populace for the advantage of the Tinubu/Shettima ticket.

He has the credibility because he is one of the very few today among our politician who speaks and people follow among his peers. He is one of the very few who came from nothing in politics and rise up to the position of influence he parades today because he bestrode the political firmament like a colossus, welding an unprecedented amount of influence over our political culture and psyche.

This is because his values and convictions impacts the voting public in such a significant way that is indescribable.

The creation of his independent political organization called the Nasser Ahmed 4 Tinubu campaign organization is an endorsement of the leadership qualities of Bola Tinubu.

This campaign organization which is going to be constantly measured by the expected spike of acceptance of the APC Presidential candidate all over the country is indeed a blessing to the APC’s quest to retain its leadership positions in the country.

The astonishing aspects of the Nasser Ahmed phenomenom is how outsized its outreach are compared to other Tinubu/Shettima campaign support groups marketing the candidature of Bola Tinubu. The Nasser Ahmed 4Tinubu/Shettima campaign organization ability to sell and market the APC candidate is estimated by many survey carried out as anywhere from 20 to 100 times that of any other of the many Tinubu campaign group because its outreach is in every part of the country.

Nasser Ahmed’s endorsement of the candidature of Asiwaju Bola Ahmed Tinubu and his running mate Alhaji Kashim Shettima is one that is consistently applied because for him what Tinubu represents and stands for is worth his going out on a limb for. His endorsement of Tinubu and going all out to form a campaign organization independent of the APC presidential campaign council to campaign for his endorsed candidate never implied that he has anything against the other candidates jostling for the Nigerian Presidential seat because he has great respect for all of them but the leadership charisma and the qualities exhibited by the Asiwaju over the years made his choice easy.

Since the announcement of the winner of the APC Presidential primaries which declared Bola Tinubu as the candidate of the party, Nasser Ahmed has been euphoric and always doing the happy dance all day and this is because he is a man who is proud of the APC candidate because of what he has achieved for himself and our country in general.

What the victory of Asiwaju Bola Ahmed Tinubu in the next election means for all of us as citizens; the new possibilities for our country and that has propelled him to do what he is doing now, going door to door for Bola Tinubu.

The Asiwaju’s acceptance speech at the eagle square, venue of the APC Presidential primaries, made him reflects on what he can contribute to his victory at the presidential poll because he reacted emotionally to the speech telling all who cares to listen that he has never experienced anything like that and this made his cried his eyelashes off.

The Bola Tinubu acceptance speech reminded him of the speech of the great Martin Luther King of America “I have a dream”. In that speech, Tinubu talked about the promise of democracy for our country and that convention for Nasser Ahmed marks the fulfillments of that promise of democracy because Bola Tinubu fought on the side of democracy since our battle against military rule begun. What he saw of Bola Tinubu at the APC convention was something that was transcendent and it felt transformational for him as a person and this strengthened his resolve to work for his victory unsolicited and that resolve gave birth to the Nasser Ahmed 4 Tinubu/Shettima campaign organization we see today.

He is using the campaign structure to pray that our country would rise to this moment because it offers us as citizens and as a united country new possibilities going forward like never witnessed before.

The man Nasser Ahmed has riffed his way through an eloquent path to the need for change in our leadership recruitment methods in this country.

We must now concentrate on a candidate that talks about the need for the restoration of hope and now we got to vote that hope into reality by stepping out of the box and dream Nigeria anew through the Presidency of Bola Ahmed Tinubu.

By the formation of the Nasser Ahmed 4 Tinubu/Shettima campaign organization he will preach why Tinubu is the best candidate and the reason according to him is that Tinubu is better, more cogent, more effective, more convincing than any of the Presidential candidate out there to inspire hope to all of us.

The Nasser Ahmed 4 Tinubu/Shettima campaign organization is unique. Unique because it is using a new campaign methodology to get it’s message to campaign and this had already netted Tinubu more supporters which will significantly aid in deciding the outcome of the Presidential election in favour of Bola Tinubu.

This I can tell you is because of the effects of the methodologies being used by this group to campaign for Tinubu.

Today, there is no doubt that the campaign of the Nasser Ahmed 4 Tinubu/Shettima campaign organization could tip a close Presidential election in favour of the candidate.

it has endorsed because the voters trust it’s messages and the message of its founder Nasser Ahmed because of his honour and this will prod millions of voter with his guidance on their personal decision about who to vote.

His campaign for Tinubu softens him,wraps him up and makes Tinubu the democratic gift to Nigeria.Nasser Ahmed is a tastemaker and his campaigning for the Asiwaju makes many voters to take his candidacy more seriously.Nasser Ahmed obviously can’t be bought and he is a very nice, and impressive person. He has an impressive bully pulpit to be able to assist Bola Tinubu get elected president and for that reason he has given up for he is doing. TINUBU SHALL BE PRESIDENT.

Spread the love
Tweet
Previous PostKogi: APC Drags Rep Member to Court Over Defection, Demands Arrests, Refund of Salaries Next PostAustin Okai and Some Other Issues 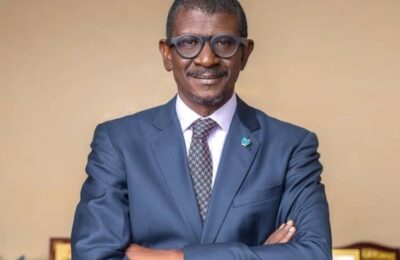