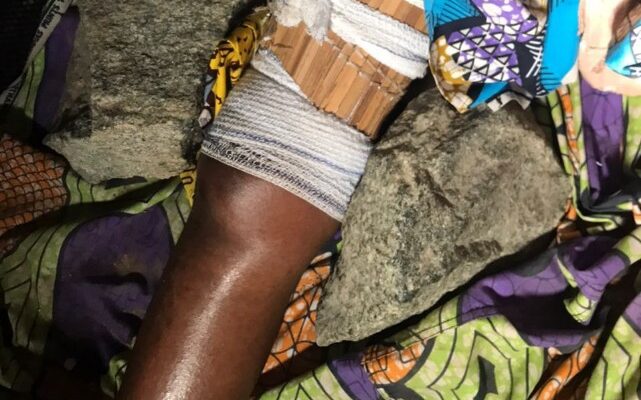 Despite calls by concerned citizens to allow peace to reign in Ebiraland and the warning by the Inspector General of Police, thugs allegedly working for the Kogi chapter of the All Progressive Congress (APC) unleashed mayhem on the supporters of the Peoples Democratic Party (PDP).

The thugs attacked PDP supporters during the ward meeting across Adavi Local Government Area on December 15, 2022.

The thugs who attacked the peaceful supporters of the PDP at the ward meetings in an unbranded Toyota Sienna bus, started shooting sporadically and shot at the supporters of the Kogi Central PDP senatorial candidate, Barr. Natasha Akpoti-Uduaghan who were at the venue for the weekly ward meeting.

Natasha Akpoti-Uduaghan Campaign Organization (NAUCO) called on the Kogi chapter of APC to allow peace to reign in Kogi Central “as tit for tat will only result in catastrophe and bring more suffering to the masses who have been suffering from the APC’s bad governance.”

The campaign organization noted that the attacks on the PDP supporters are clear pointer that the APC has already lost the support of the people at the grassroots because of its poor performance over the years.

“It’s a desperate attempt by the APC to postpone its humiliating defeat in the 2023 senatorial election in Kogi Central, but this defeat will eventually come because the people are tired of their failed government,” the statement issued on Saturday said.

The campaign organization also called on the Ohinoyi of Ebiraland and other prominent leaders of Kogi Central to call the leaders of Kogi APC to order before they turn Ebiraland into a war zone because of their desperate efforts to force its candidate on the people.