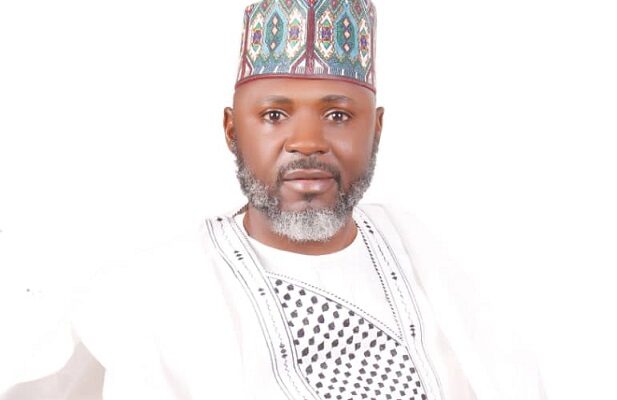 As we approach the dawn of a new elections towards ushering in a new set of lawmakers to make laws for the good running of governments come the year 2023, the people of Idah/Ofu/Ibaji/Igalamela-Odolu in Kogi state heaved a sign of relief with the entrance of a business man and a philanthropist of note into the race of representing them in the house of representatives.

Amana Yusuf’s commitment to his people is legendary. His commitment to his constituency is not new. But what is fresh is the scale and pace of his yearnings for impactful change for the suburb and its residents. He believe that Idah/Ofu/Ibaji/Igalamela, which is the largest constituency in Nigeria, after so many years of successive representations by various individuals in the National Assembly should have experienced great developmental strides brought about by a deliberatively clamoured intervention and empowerment projects, but this is not the case.

In an era of limited infrastructure and scarce working tools, the people of Idah constituency in Kogi state appears to be seeking for a new type of leadership and representation with the basic leadership resources to turn this ugly tide around and that is what they got when Hon Egbunu Amanabo Yusuf decided to contest the seat of the house of representative under the platform of New Nigerian People Party (NNPP).

The news appears to be the game changer in the people’s leadership recruitment drive. Yes, they were in another planet because of this particular news because thanks to the man who they expected his fingerprints to facilitate several development projects to his people.

The people are not just excited for the sake of it but because Amana Yusuf is a man who they know would facilitate and be mindful of his social contract to his constituents and that they know means the enhancing of their living standards and that of developments in all its physicality in the area. Despite the limited resources which has become the excuses of many our politicians, for him there must be something for everyone. He would make sure that his leadership and legislative footprints are seen not as a show off, but impacts human capital development.

It is for him not just roads, he would be fighting for the construction of hospitals and schools and would be giving out educational materials to empower many people. He would simply as a deliberate policy be deploying interventions all through the calendar months and also be investing in human capital developments of his constituents in areas of education, trade, health among others.

When voted into office, Insha Allah, his time would basically be used in bringing the much needed smiles to the faces of families across the Idah/Ofu/Ibaji/Igalamela and its suburbs with his impactful legislative and impactful interventions that would consist of bringing developmental projects to the doorsteps of the people.

This man is ready to rise above to the challenges of the 21st century legislature because he was born for this. His major challenges which he is braced to outlast is to be an effective, good legislature and remaining true to the dramatic change to the legislative institution.

Egbunu Amanabo Yusuf is a philanthropist per excellence. His guiding philosophy as a man is that nobody should be left behind and that God in his mercies has been grateful to have created us equal, so everyman has the right not to be hungry as we are our brothers keepers. He has contributed greatly to the educational, social and health sectors of the Kogi society.

An avid believer in the Kwankwansiyya movement of a former Governor and Presidential candidate of the New Nigerian People Party, Senator Rabiu Musa Kwankwaso who he says is the God father of Nigeria modern politics.

Spread the love
Tweet
Previous PostMopamuro 2023: I Have Not Stepped Down, and Will Not - Abel Ontop Next PostShun Unnecessary Rivalry, Focus on Fight Against Crime, Insecurity - Kogi NSCDC Boss Counsel Security Agencies